I just read your Facebook and education: a mirror or a lamp? post on Hippie Picasso this morning. And then this afternoon at the Newport Aquatic Center I wound up paddling with Robert for a couple of hours. We talked of many things: cities, cars, interstate highways, cheap foreign oil, big homes in the suburbs, tiny homes in the city… and also about CouchSurfing and Blogging. 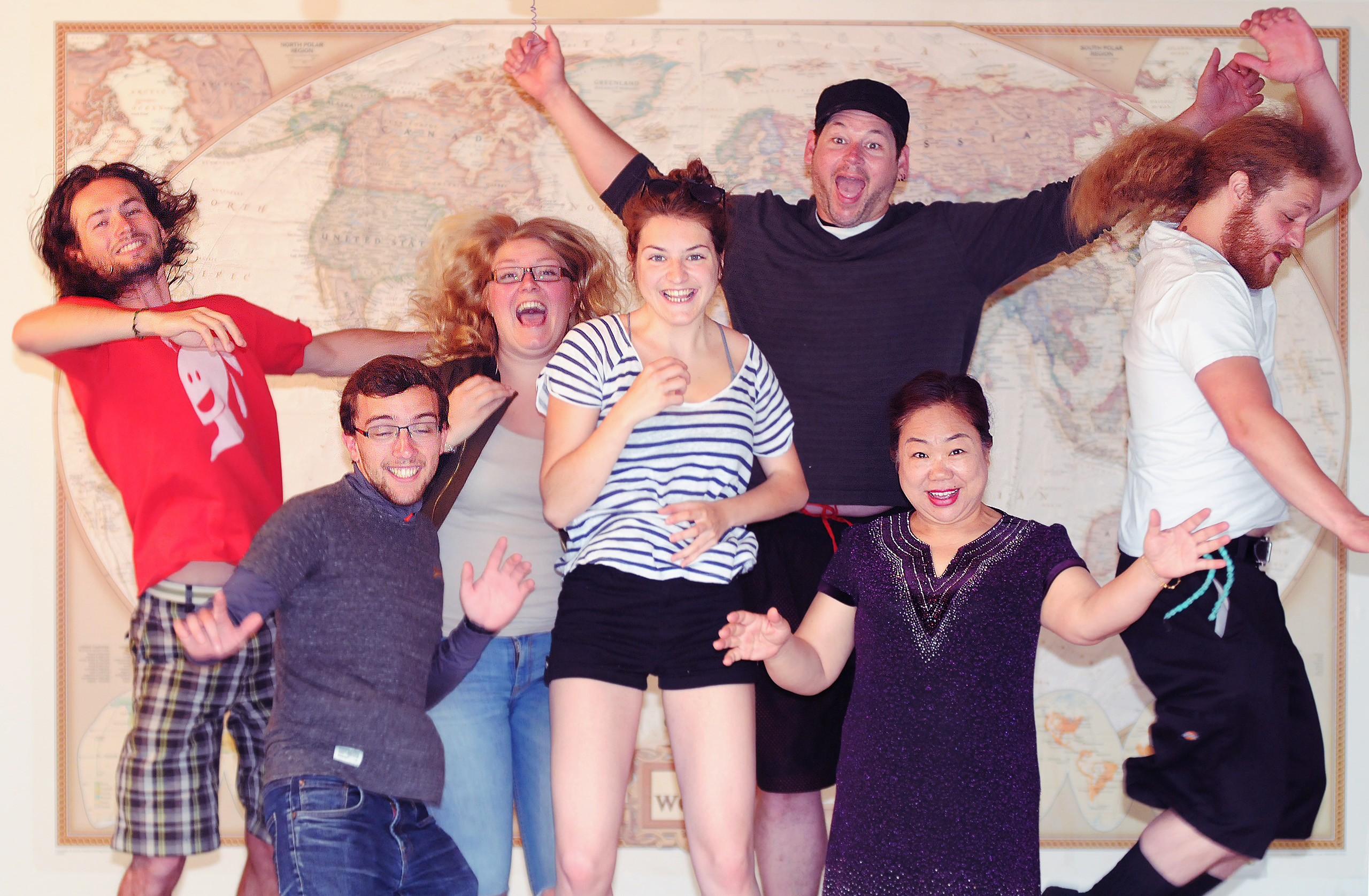 So many people on F*c*b**k never even click through to see what you actually wrote, they just riff on whatever your title was. F*c*b**k is the end of satire because if, for example, my title is Exterminate All Women and then my piece goes on to argue how all of our problems are due to male overconfidence and how much better things would be if women just ran everything… well…

All those eyeballs on F*c*b**k would never read the piece, they’d just see the title and scream about what a psychotic, misogynist bastard I am. 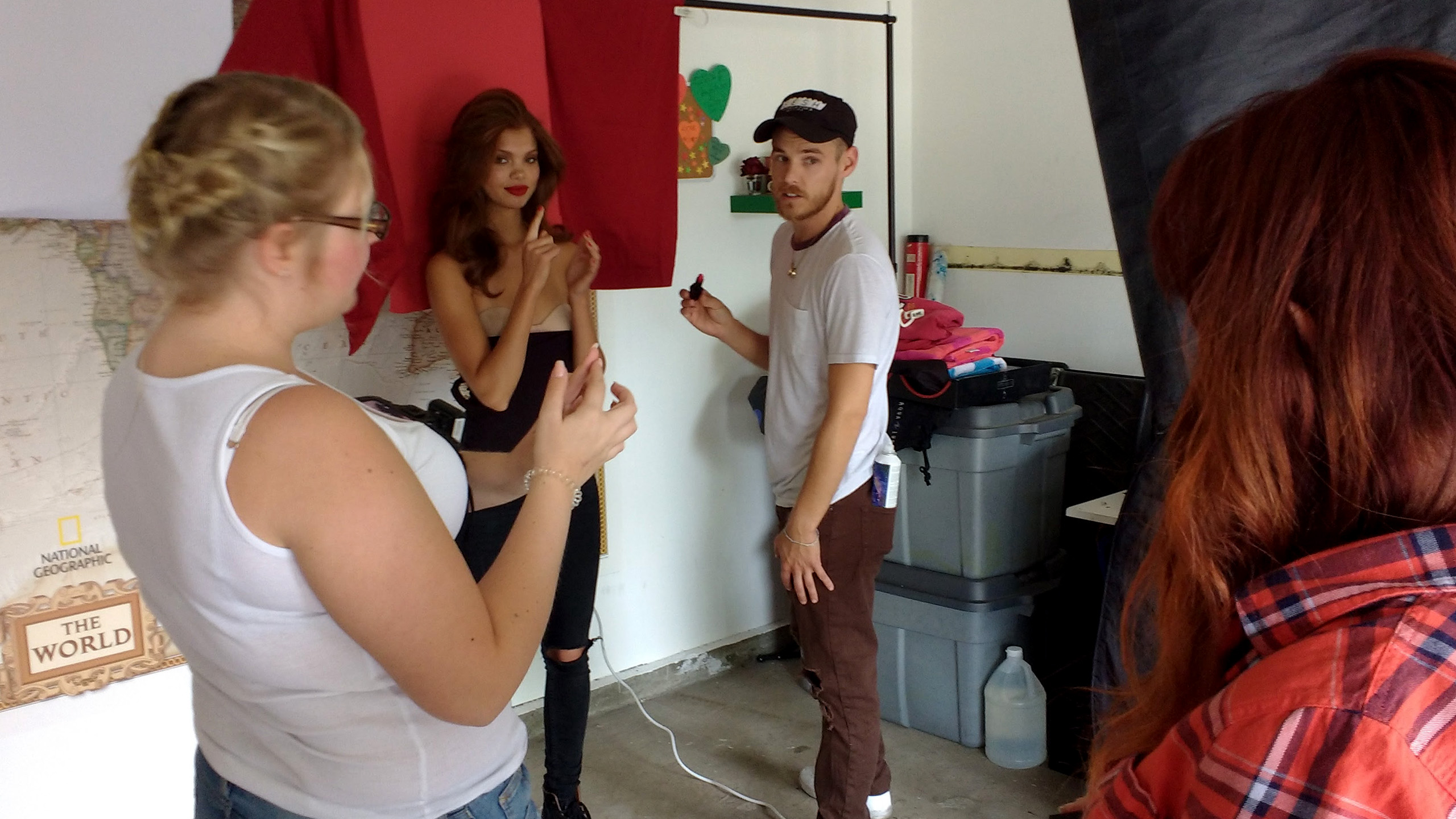 An Opinion of My Own

You complain that instead of articulating their own ideas, they just drop links to other peeps blogs, vlogs, and other content. I complain that they don’t read content, but only headlines on F*c*b**k. And while F*c*b**k does have the occasional deep, insightful comment, most are superficial and often charged,

Trump is a moron.

Clinton is a crook.

To be fair, this isn’t just F*c*b**k, it’s a problem of abundance. For most of human history and in many places around the globe today, life is defined mostly by the problem of scarcity. For we-the-lucky here in the Global North we now grapple with the problem of abundance. Abundance is a much better problem to have than scarcity. But it’s still a huge problem. We’re not good at it. We don’t have experience with it.

In spite of all this, I think your argument, that peeps should take the time to express their own ideas, is a compelling argument.

For a long time I’ve liked the idea of assembling a small virtual reading group where peeps read each other’s work. It doesn’t matter whether members are or are not “world class” thinkers and writers. We can always read the work of famous people, like Kim Kardashian. Or of smart people like Virginia Heffernan. But in the Virtual Reading Group what matters is that it’s a conversation. That the post on F*c*b**k, or a blog, or wherever, is a piece of dialog in a small, relatively critically thinking, community. 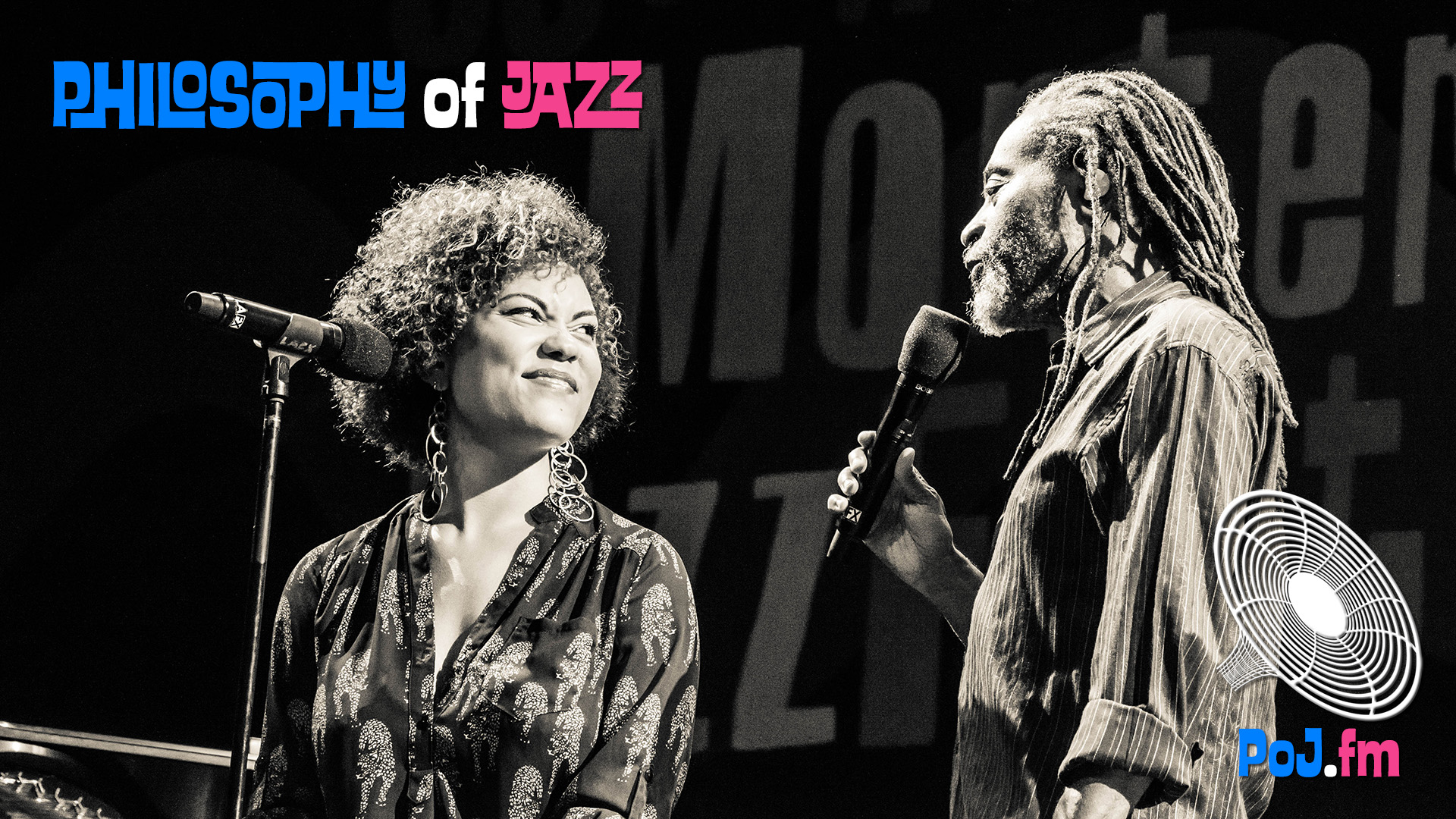 Slide from the wiki I’m developing for David. Image is of Madison McFerrin and her dad, Bobby McFerrin, singing at the Monterey Jazz Festival. Photo by Sarit Photography.

Robert and I had a long conversation about many things. Including a number of books. He mentioned that he doesn’t get as much practice with French and Spanish as he’d like. And that one thing he likes to try to do is find the books he wants to read in French or Spanish audiobook.

The conversation turned to some interesting ideas about language for a while, and I eventually spoke about hosting CouchSurfers. Robert really liked the idea and thought briefly about starting to host CouchSurfers himself, before realizing that he essentially already is.

Between friends visiting from France and Spain, or him visiting there, or friends from Spain coming up to “CouchSurf” for a few days when he rents a place in Paris, he feels pretty booked. And pretty satisfied.

He asked if I’d CouchSurfed myself and what that was like. I’ve only CouchSurfed once, on a trip to Vancouver. It was just me staying with a single guy. We got along well, but I described it as “good” but not “great.” Nothing was bad about it, but it also wasn’t some magical epiphany.

I added that sometimes, in ways large or small, it can be a big epiphany. Like when those amazing, larger than life Italians, Antonio, Isnaya & Fabio came to visit for 4 days.

He asked if I’ve kept in touch with all these people and I said that mostly I hadn’t. Sometimes it might be me. Or them. Or us. But I’ve found it hard to keep conversations up after visits end. And realistically you’ll probably never see most peeps F2F again.

Robert thought it was really hard to stay truly connected to more than a very small number of people. In the case of people as intensely present as Antonio, Isnaya & Fabio, while it might be sad to not have stayed in touch, their time here was so magical that it’s etched in my brain forever.

I mentioned that this Turning Pages project was nice in precisely that way. But also that while you and I seem to be blogger-documenters, that many travelers are not. Many seem to be so powerfully in the moment that the distraction of documentation just doesn’t fit in. You and I both saw that in Yulia, whose travels are so remarkable, yet also mostly undocumented, save for whatever lustre they might add to her persona.

Robert then offered a thought that seemed obvious, but that I hadn’t really considered before, 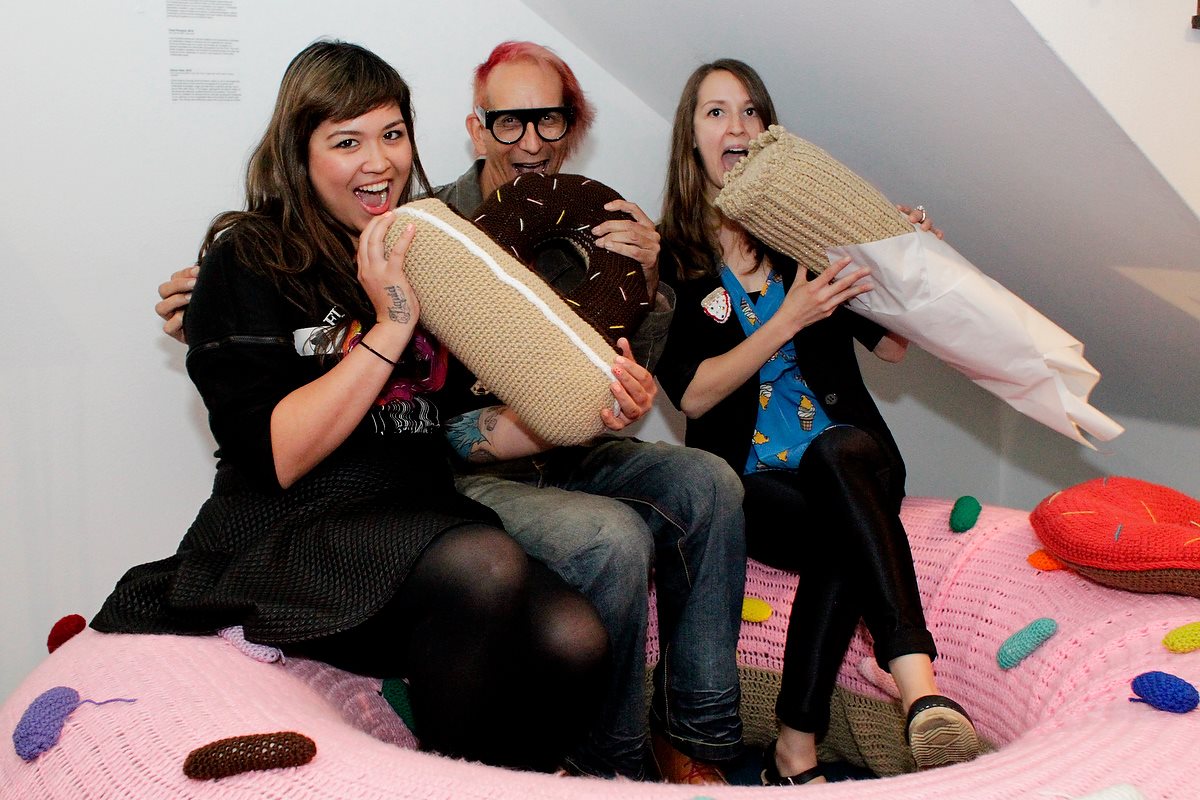 Robert thought that blogging was necessarily about “me”. My opinions. My experiences. You might be allowed to comment, but it’s pretty one-way.

In my community of bloggers, or your community of people who actually express their own ideas, it might become 2-way-ish. And, in fact, this post is a “Reply Post” to your Hippie Picasso Facebook and education: a mirror or a lamp? post. The Reply Post is pretty cool because it becomes a conversation. Of a sort. Perhaps it is sequential monologues more than a dialog. Still, sequential monologues allow time to reflect. Dialog is a great thing! But it’s also spontaneous and perhaps can’t be thought through quite as critically. Or perhaps it can if your conversation goes on for a while.

I used to love sitting in on Christof Koch (a German neurobiologist at CalTech) lectures. More than any other “lecturer” I’ve seen, Christof would “think live.” Someone would ask a question and he’d say “ok, let’s think about that,” and then he’d pace the room and look up and talk through ideas. It’s a world apart from someone going through the same P*w*rP**nt slides yet again.

Online conversations are undoubtedly different from the kinds of conversations Robert has had walking the length of Spain. But it’s an interesting question what is possible in cyberspace? What do we want out of it? 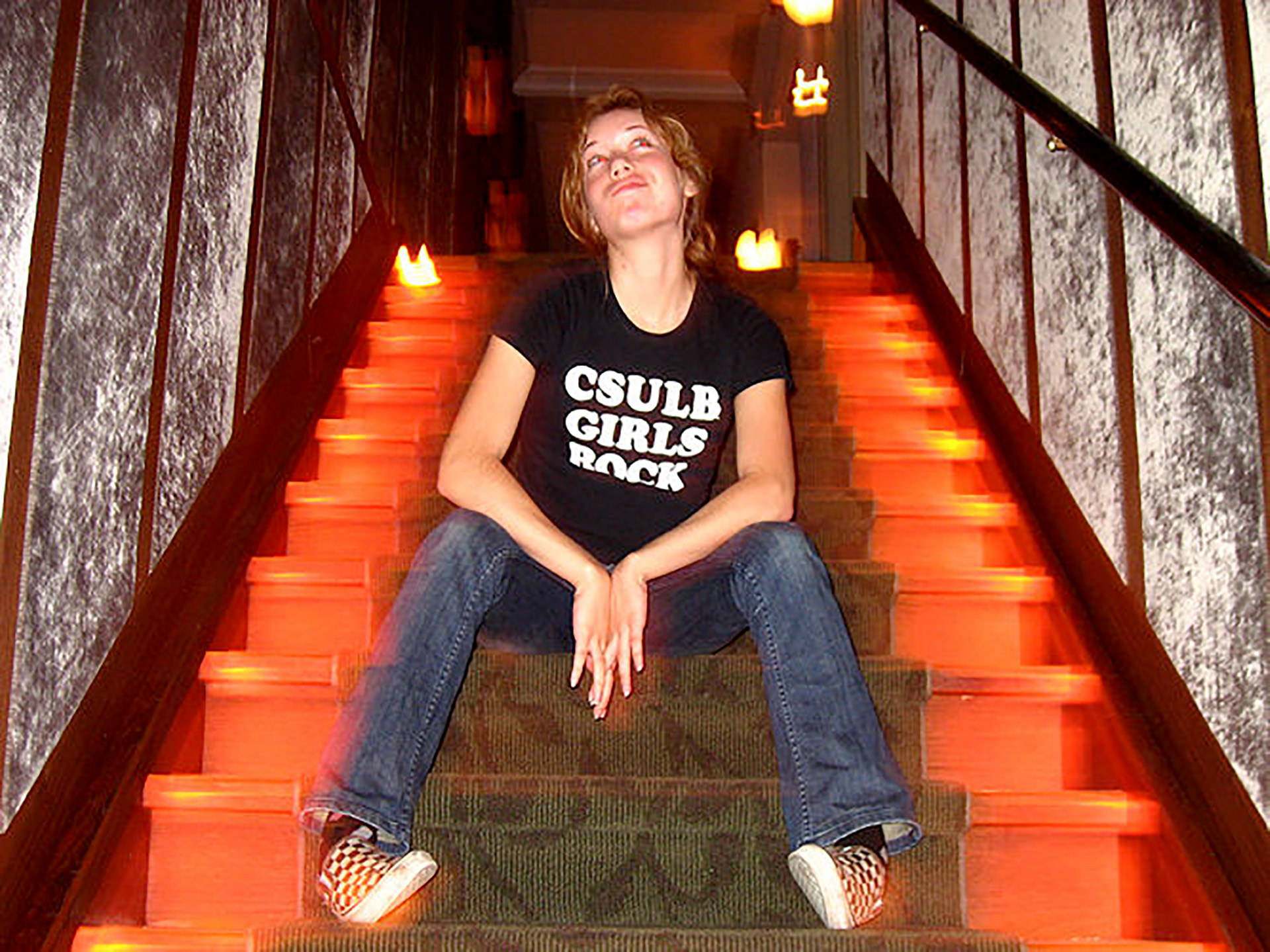 My former Student Assistant Christine Monet Johnson in the stairwell at the Museum of Jurassic Technology in Culver City, California. Photo by Dani Dana.

In my typical way, I added “sharing buttons” and Disqus Comments to our conversation here on Turning Pages. You suggested maybe it could just be more like “real” letters. Maybe it doesn’t need sharing buttons or comments.

I went along with your thinking and took them off. It does probably mean a few fewer eyeballs will see what we have to say. But I agree it feels better. Why does something always have to self-promote in cyberspace? Why did we get to a she who dies with the most eyeballs, the most Facebook or Twitter or Instagram followers, wins, mentality?

When Tamara looks at models she might work with, the first thing she does is see how many Instagram followers they have. As a commercial photographer she’s probably right to do that. But Kyle (photography faculty at Long Beach) complains that his students now Think in Instagram. 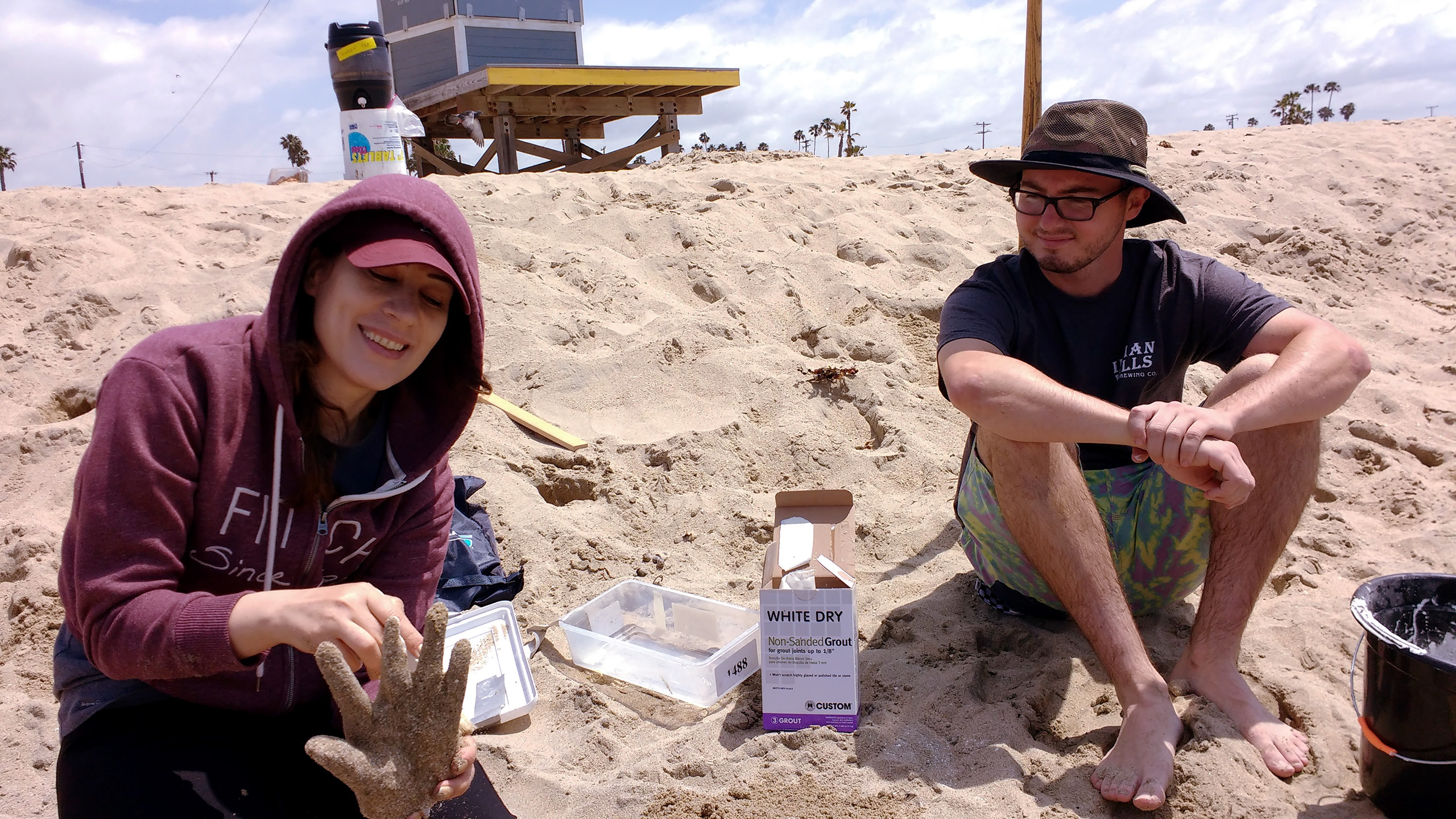 My students making plaster castings of their hands and feet at the Seal Beach Pier yesterday.

I continue to be excited by cyberspace. By new media. Simply because it is new. It isn’t necessarily better than other forms. Or even as good. Yet I’m convinced that new media can uniquely explore the ideas of our time.

Maybe it comes down to the unexamined life is not worth living. So there really isn’t a right or wrong in how one lives. Just the question if you’ve truly chosen to live, to exist, in that way? Or if you’ve fallen into some not-really-chosen default life?

Like so many questions I’m a little afraid to ask that one in fear that my own life isn’t really all that examined.

Have a nice weekend Marta! 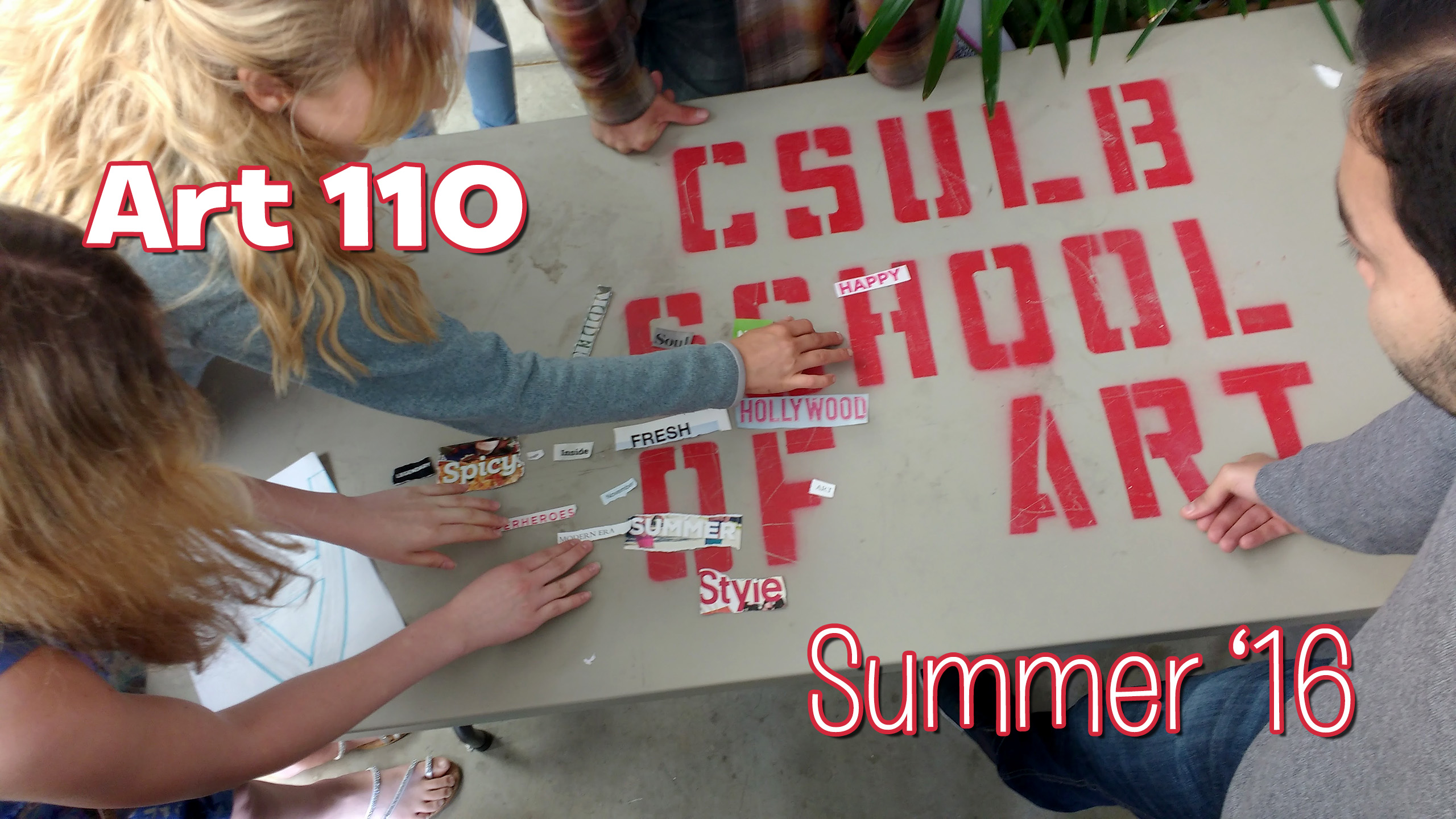 My students, “playing with words.”