I’m so happy to see the photos of your BFA Thesis installation. I love the way you’ve integrated so many diverse elements into a rich tapestry of art and life.

Congratulations on your BFA show! It looks amazing. Where are all the different elements you sent pix of located? Do I travel to many different places to see them all?

It’s hard for me to say how readable it is since I already know about some of your ideas. But it seems like it’s accessible. I didn’t realize the piece of weathered wood was from the Houseboat, which is great, but knowing that or not, I think the weathered-by-elements quality of the wood, with the photo of a dwelling in the desert, and your backpacks, that all make me think about living, traveling, space, nature. That seems like a simple and powerful piece.

From there the other pieces seem to all connect. It’s a grand exhibition! You’ve seen the 5 student galleries we have at Long Beach. A student can work for many months to fill a gallery with objects, ephemera, or whatever their practice might yield. With your installation in gallery space and also “The House”, The Book Club, and even The Houseboat (the Houseboat might not be part of your BFA exhibition, but since you included a photo of yourself on it in your last letter, it feels for me like it is) I feel like you’ve crossed the globe to assemble all the elements of this installation.

Since I can’t see your show in person, I’d love a map of the installation. I find myself curious about the physical relationships and proximity of the different pieces. It’s interesting how many elements involve water or are at the river. And of course you’ve also brought in the desert. Joshua Tree isn’t the only desert. All of Los Angeles is in fact a desert. It only looks green because of all the water we steal from Northern California. (also part of why some in NorCal would like to be a separate state, “Norcalexit”) 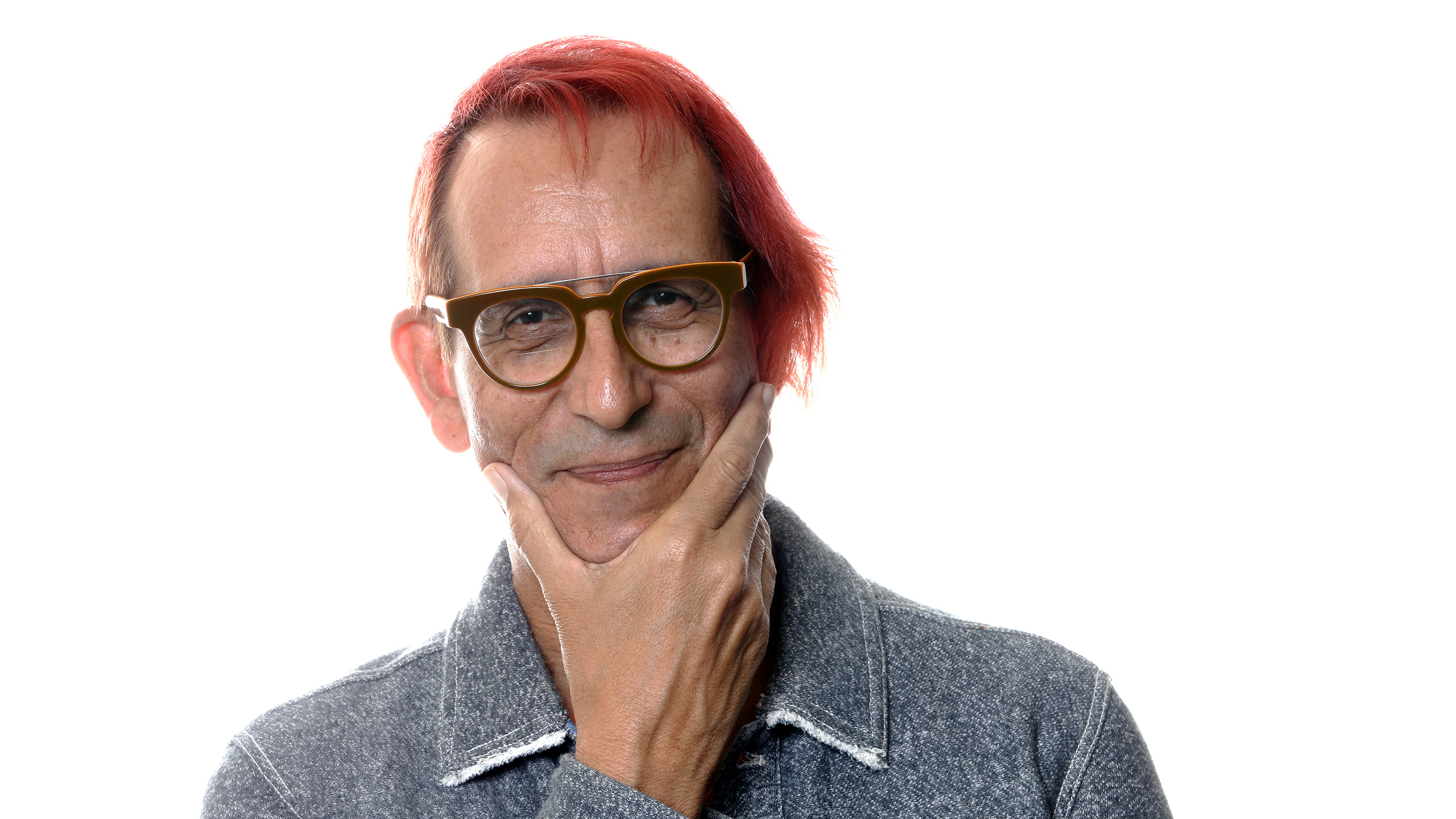 What are the parameters of you being joined to Nicole? And how do people experience it as part of your installation? Is it mostly by documentation? Or are you both “installed” there for the duration of the BFA exhibition? Nicole is also your partner in the Book Club, right?

So Nicole is a huge part of your BFA exhibition. But you also have elements separate from her, like the Joshua Tree Quilt and the Houseboat board. What does her thesis exhibition consist of?

The barter economy that you and Nicole have created is great. I’ve actually just posted about “FORU” or Friends Of Runaway University. Recently, starting with the air mattress that You, Samuel, Alexis & Yulia donated, peeps have been donating air mattresses and slow-cookers to RULA. It has been a wonderful surprise.

Needless to say I love hearing that you and Nicole are serving tea and food. Peeps at RULA participate in many different ways. And just sleeping here and hanging out a bit can be a rich experience. But something about making food is distinct and special. Perhaps because eating is such a basic and essential human act? Perhaps because of the generosity involved? The sharing? Even washing the dishes after resonates for me. It’s a simple act. Yet somehow more connected that simply what LA landmark are you visiting today? Whenever anybody makes anything it is a wonderful experience. When someone goes over the top, like Sarah, Paulina & Christof with the elaborate soup they never even got to eat themselves, or before them when peeps like Bianca, Eleonora, or Terézia made so many different and amazing foods, it seems to completely transform the experience here.

In the past I’ve gotten a couple of CouchSurfing reviews that say something like, “Glenn’s a great guy, but his location sucks.” Recently I’ve been surprised to see a couple of reviews saying, “The best part of LA was staying at RULA.” That’s an amazing thing for a CouchSurfer to say.

When I was looking for images of hiking in Griffith Park (with Kamal & Rebecca) for my Other People’s Photos of My Vacation.com, I discovered images of the Griffith Park Tea House, which I’d never previously heard of. At least for a time, peeps served tea in the tiny, temporary house in the hills. 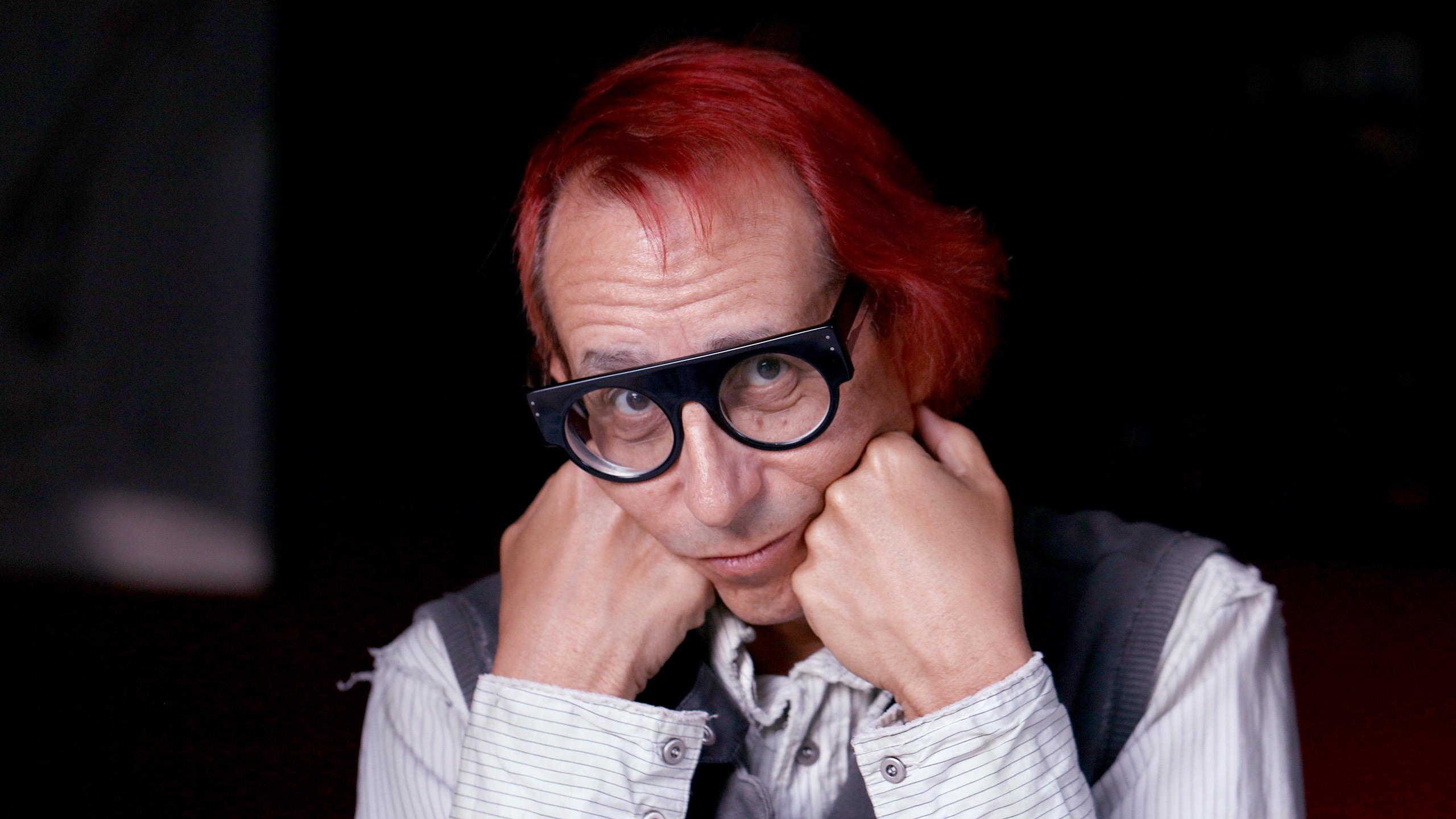 I wound up taking down the small Trackable Things project I started. Not for lack of interest, but in order to put up 2 related projects. Location::Sensation which you already know about, and a new piece, Find Me.

Find Me is essentially a personal Geocaching project. I love the mobile app Dioptra. Of all the on-screen data (GPS, XYZ Compass, etc) apps I found, Dioptra has the most info and least noise. The most elegant and the least ugly.

In Find Me I’m just posting a directory (folder) of photos with Dioptra data on them. The GPS data on the image, plus the image itself, should make it easy for anyone to navigate to the spot, probably mostly in the Los Angeles vicinity, but potentially anywhere on earth, where I’ve left some tiny treasure for them to find.

There’s a small aspect to the way I’m presenting Find Me that I’m excited about. I think you and I both like Ghost (do you still like Ghost?) because of its simplicity and elegance. Because of all the stuff it doesn’t have. I think all of your ideas for the look of Turning Pages, like clean graphic simplicity, turning off comments, and turning off sharing icons, have made it a simpler, less theatrical and more relatable place to share our letters.

I’ve been thinking more and more about how much I love The Web, and how much I hate the Shopping Mall / TV Station The Web has become. As you’ll see at the Find Me link below, I’ve decided not to install WordPress or Ghost or even a simple HTML page there. It’s just a plain directory of image files. It does work a bit better on laptop than phone, but it’s still useable. It’s a small step. Perhaps a conceit. But I think moving away from the Mall-of-America-ification-of-The-Web will be a nice space to try to explore more. Just having an unstyled directory there is a pretty small thing, but it’s a reminder of the amazing web of connections we have at our fingertips. We don’t need a million popup ads turning every page into a late night infomercial.

As a sort of cousin project also thinking about data space or the metadata of images, I wrote a post Other People’s Photos of My Vacation.com. I resisted doing a whole website and instead just put up the one post which seemed like enough. It is kind of curious to travel to Hollywood Boulevard, the Golden Gate Bridge, the Brooklyn Bridge, the Tower Bridge, or anywhere else, and “insert” yourself in the same “photo op” that millions before you have. It’s funny, in Ecuador Ida & Czarek decided not to go to “The Center of the World” (a fancy name for the Equator, I think) because it would have cost them US$7.50 each. So they took pix from outside the center of the world. 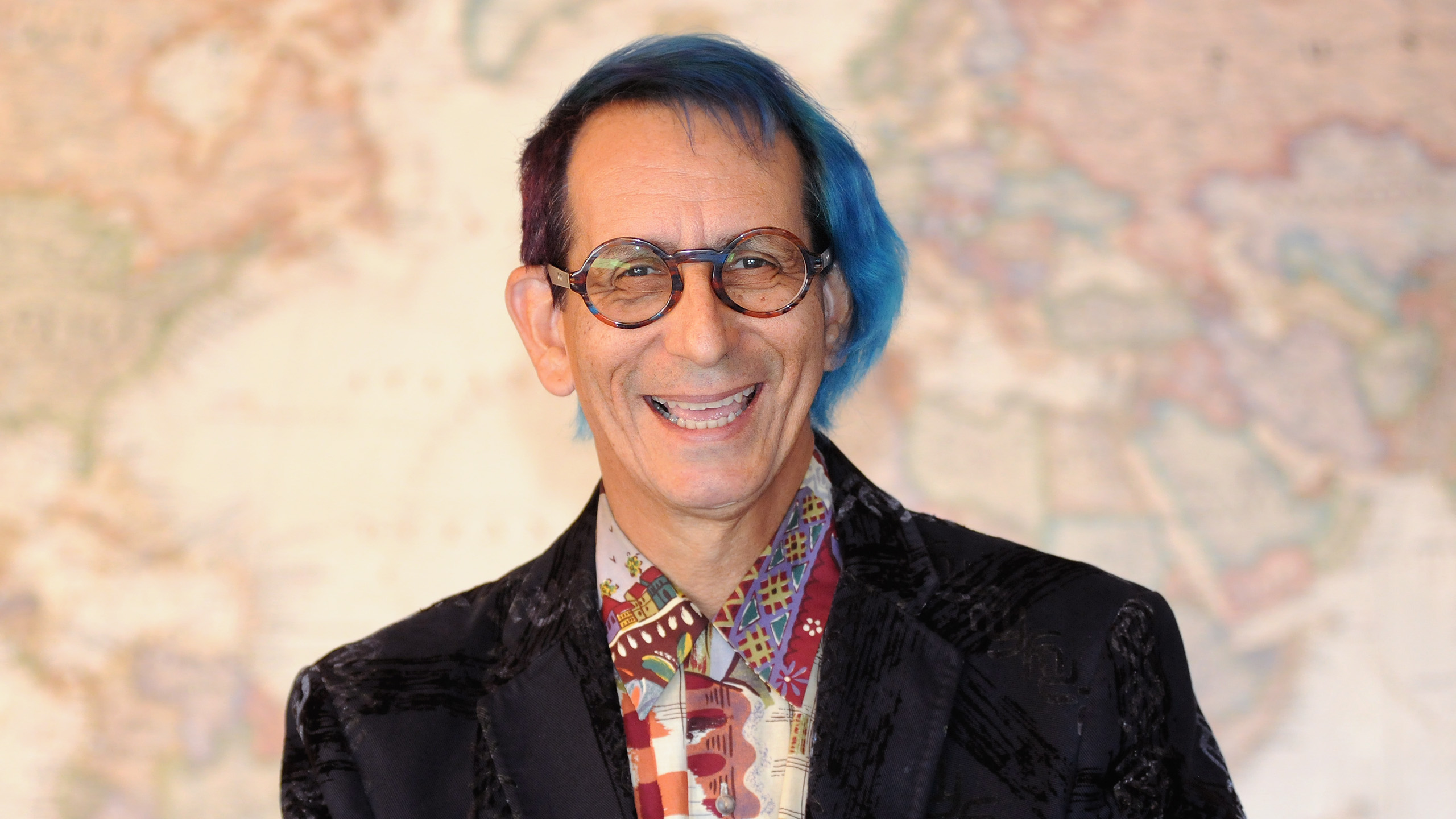 I’ve never tried contacts, so I can’t really say about them. I’ve always been ok with glasses. I used to fall asleep with my glasses on and mangle the frames. I still sometimes fall asleep rather than officially “go to bed,” but I’ve managed to at least take my glasses off first and keep them mangle-free.

I’ve had plenty of boring frames! Some years back I found a great French frame from “IDC”. I put several different lenses in that frame as my prescription changed. But finally it had cracks in the bridge and they would’t put new lenses in anymore. So I let that lameass “doctor” I wrote about in the SEE Eyewear piece sell me an expensive and boring frame from Guess.

When I discovered the SEE Mondo collection I knew it was something special. Totally unique frames that excited me at modest prices a lot less than places like LA Eyeworks or Optical Shops of Aspen.

There are two reasons I took your suggestion to buy the SEE Mondo Squidward frame so quickly and easily. The first is that I thought you being there was a special moment. I don’t usually bring artists from London and hitchhikers from Moscow with me to look at glasses! And who knew when I’d see you again. Or if we’d ever go glasses shopping again. And also your reaction to the Squidward wasn’t oh, those are interesting… it was like Yes! That’s a hard thing to ignore!

The other reason was that I knew that the SEE Mondo collection was a special thing. When it’s over, which it is already, I don’t expect to find frames that special again. I’ve mostly only had one “current” pair of glasses at a time. I’m happy to have a bunch of SEE Mondo’s now and hope to be putting new lenses in those frames for a long time to come.

I’ve discovered the secret to lasting hair color – put color in your conditioner! Lots of peeps have told me this before. And I’ve bought a couple of colored shampoos / conditioners. But as far as I could tell, they didn’t really do anything. A couple weeks ago I tried making my own. Just putting conditioner in a jar and mixing in semi-permanent (aka “direct dye”) color. The results are dramatic! Weird that the ones I’d previously bought didn’t seem effective. 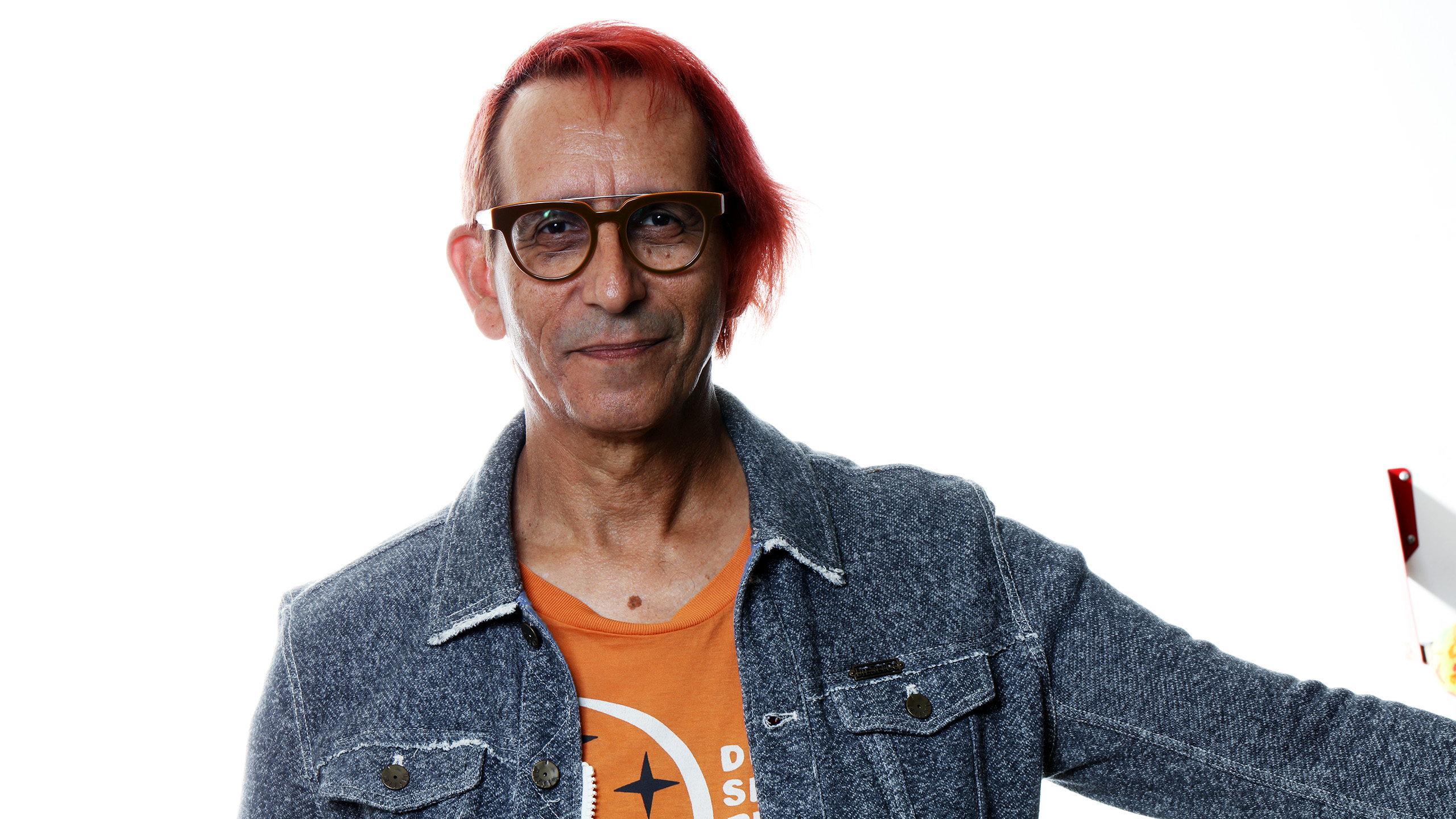 Winter in Los Angeles is a generally mild thing. And this Winter was especially mild. But now Spring has been pretty lackluster. I feel like it’s been overcast the whole Spring. Sheesh, I might as well have been in London!

With Summer Solstice coming on Monday (and the Brexit vote coming on Thursday! What do you think about that?) I’m hoping for some nice sunny weather. June often is an overcast month in LA, hence the term “June Gloom.” And my dad always talked about how hot August & September typically were. I usually kayak about 10 miles (16km). It’s 4 miles from the Newport Aquatic Center to the buoy outside the harbor entrance. Then I do a couple miles in the ocean, and then back. Last year the water was so warm I’d jump off my surf ski and swim around the buoy for 10 minutes. I did that through October and even part of November before it finally got cold.

I really don’t mind paddling in the winter. It never seems to actually rain, but even if it did I’ve got a very lite Gortex paddling jacket I can throw on. Plus on a surf ski you always get wet anyway. And it’s pretty hard to be cold, at least in LA, when you’re actually working. But now that it’s June, I find myself craving some sunny, warm days!