Your latest thoughts on Dwellings are so interesting. Of course you’ve been thinking about this for a while.

Your decision a while back to move out from the roommates you loved because it had become too easy and predictable and not demanding an artful awareness of life, really made me think.

What a recent insight you guys had when you turned the houseboat and changed your whole living experience! I wonder what turning our houses or apartments might be like? Unlike Ellen Page in Inception however, most of us can’t change our dwelling’s placement the way she was able to move architecture or the way you are able to repark the houseboat.

I know at least part of your desire to stay at Andrea Zittel’s Wagon Station Encampment was about the experience of living in the desert in her uniquely designed structures or pods. 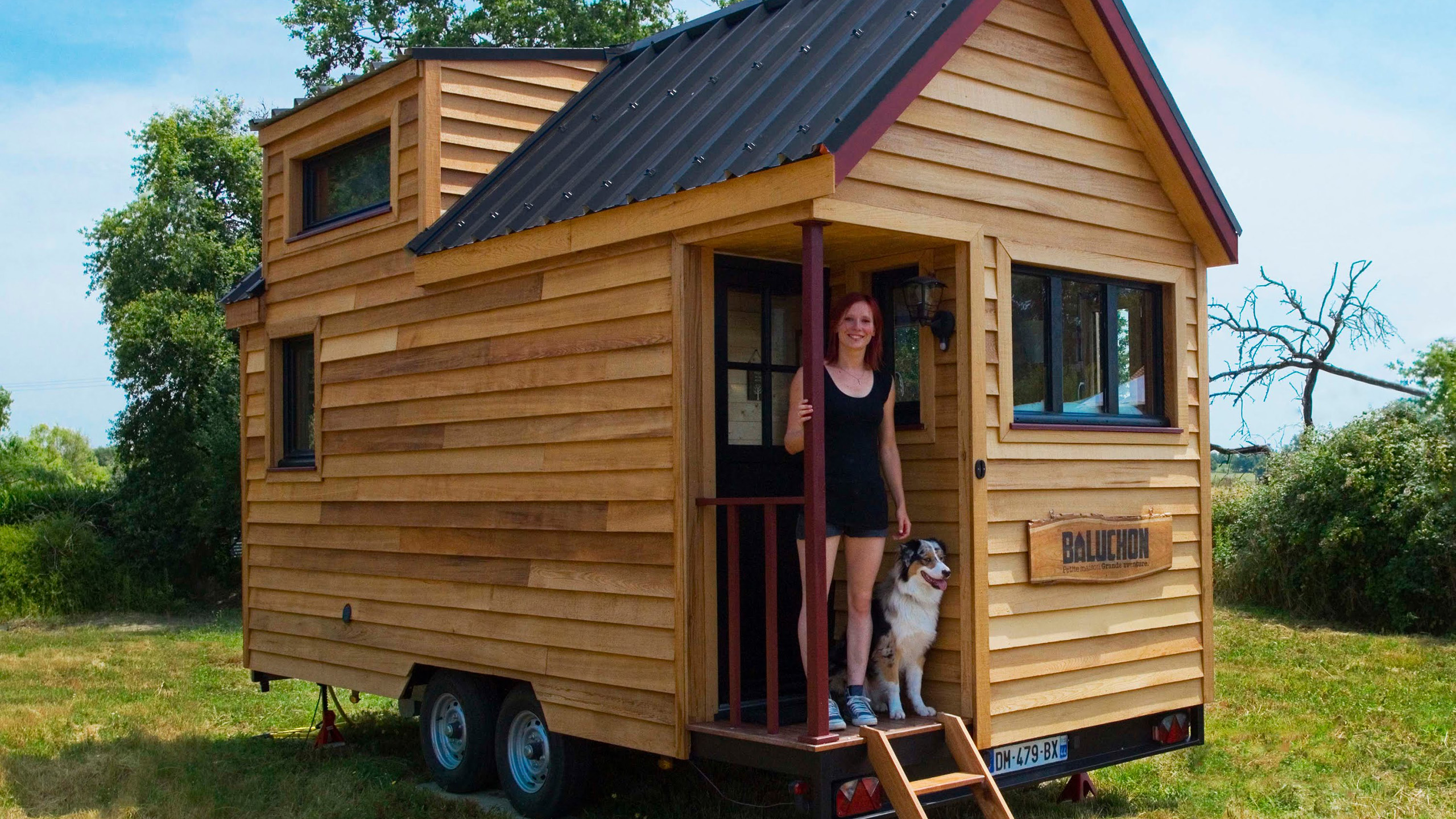 Interestingly Andrew & Gabriella Morrison built a tiny, 207 square foot (19.2m sq) house to live and work in… but they bought 5 acres (2 hectares / 0.0202343 km sq) of land to put it on. If 7.3 billion people each had 2 hectares of land it would be 147.7 million km-sq. The earth is 149 million sq km of land, and 361 million sq km of water. Of course all that 149 m-km-sq isn’t easily inhabitable. And we set areas aside as national parks and nature preserves. Plus lots of it is used for agriculture, business, and manufacturing, and a lot of it is used for raising animals to slaughter. The United States is 2.4 billion acres of land, and 25% of that, 600 million acres, is dedicated to land to raise animals to slaughter.

The small houses are pretty interesting. How much space do we really need? And however much space we “need”, is it less in a 2016 where people take tablets and small laptops to Starbucks, or co-working spaces, to do their work, instead of working in office fortresses or suburban home castles? 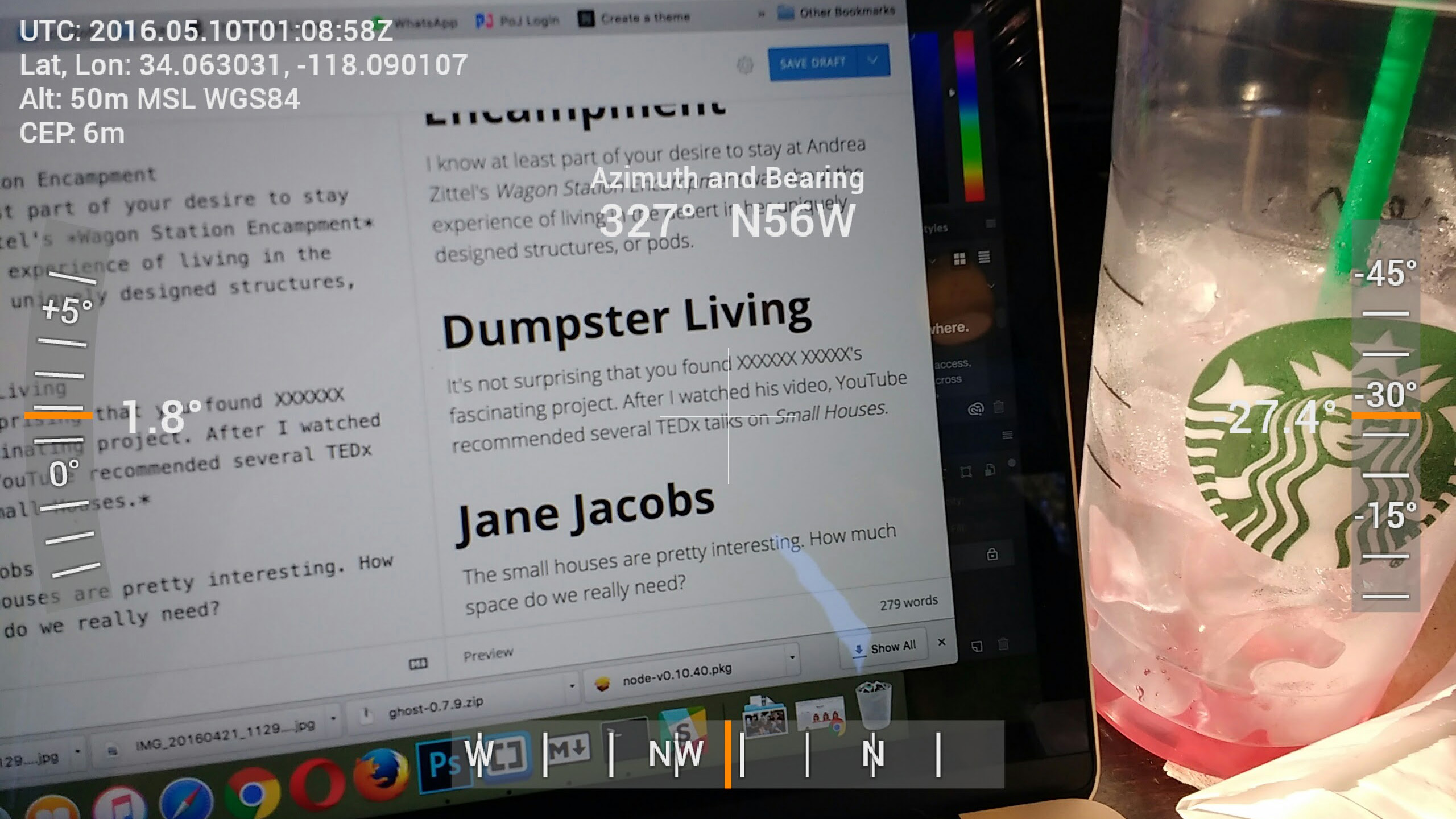 BTW since we talked too much and never left the house, in your honor I’m currently typing this at the Starbucks down the street. I’m happy to see that their “Google Starbucks” wifi has 10mbps download speeds. 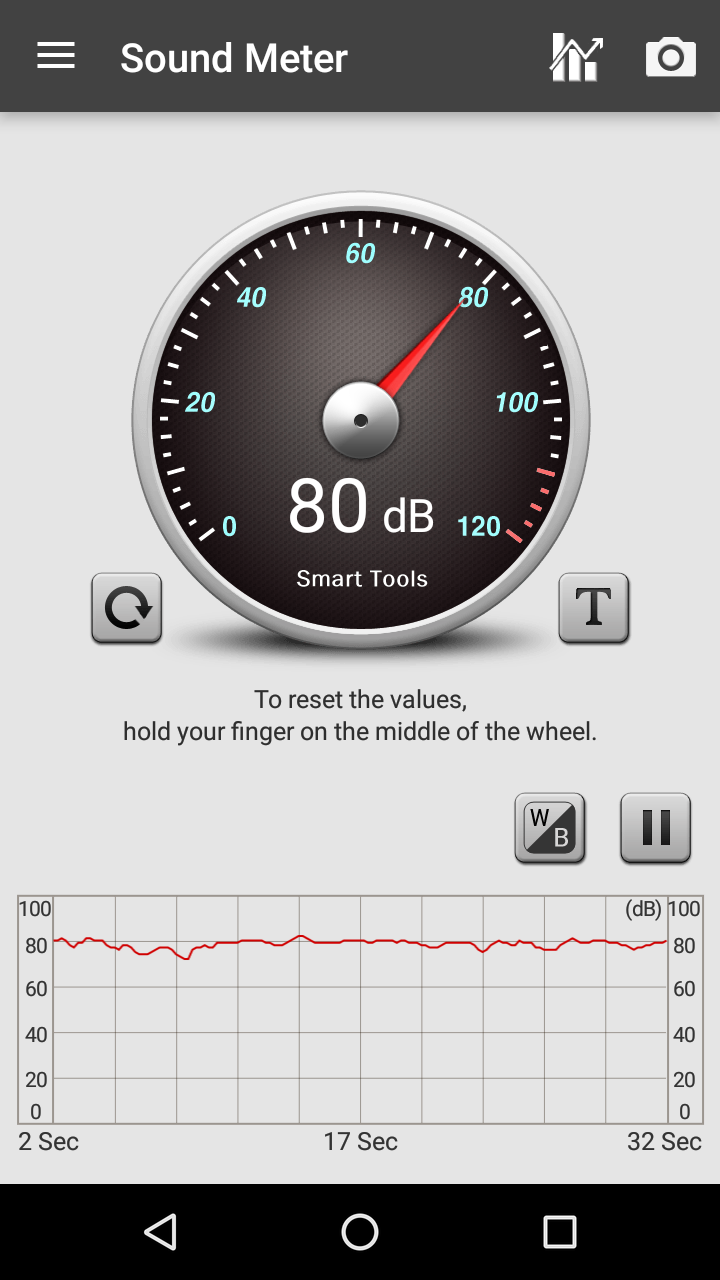 I read an article claiming that 70 decibels of ambient noise can promote productivity. But that 85 is too distracting and hurts productivity. ATM it’s about 80 here at Starbucks. Somewhere in between productive & distracting I guess.

(I once worked on a Quantified Places project where I measured GPS location, sound pressure level, illuminance level, carbon dioxide levels, radio frequency emissions, etc. And then paired them with a photograph, sound sample, and audio clip of RF emissions. I only used one exposure for the entire project, so a bright or dark place would yield very blown out or very muddy images that we don’t normally capture or look at. Sadly I suffered “the tragedy of the HP laptop,” and that project didn’t survive.)

In the middle of the 20th century Americans gave up location for space. They moved out to suburbs where they could have palatial estates. These compounds needed lots of supplies since you were no longer part of the city and surrounded by small grocery shops, barbers, locksmiths, eateries, and other resources.

This movement had many sources. Part of it was racism. White flight was affluent people leaving cities for these remote palaces. Part of it was a national decision to subsidize cheap foreign oil and to build a massive interstate highway system. Without cheap oil, big cars, and and good roads, our urban landscapes would be entirely different today.

Marshall McLuhan adapted the art terms figure & ground to larger cultural concepts. He argued that we are distracted by the figure and oblivious to the more important ground. That we pay more attention to the figure of sexy cars and their gadgets than we do to the ground of the costs of foreign oil and massive highway projects.

I also think the tiny house movement has a degree of kinship to the work of Jane Jacobs. Have you read her book The Death and Life of Great American Cities? Jacobs makes powerful arguments for Mixed Use. For small shops intermixed with residential areas. For kids playing in the street – where else would they play? For people living and working in the area and having eyes on the street.

You could argue that Jane Jacobs was a failure, in that the “heroic” urban planning she detested remains so forceful. Yet her influence has also been enormous. I think the power of her vision is undisputable. And, oh! BTW, this past weekend was Jane’s Walk, a global event where people lead walks through their neighborhoods. Not tours for tourists, but a cultural interaction for residents. I’m a dolt! I should have told you about it sooner. Maybe you could have lead one. Maybe you can do some London Jane’s Walks next year. We did some in a virtual world last year.

Which brings us to your graduate program at the Royal College of Art (RCA) and where/how you’re going to live!?

Your latest idea to skip the van and spend a year as a roaming housesitter is interesting. In a small way it reminds me of the Ingmar Bergman film Fanny and Alexander. In this film we see Fanny & Alexander experience 3 very different lives: the richness of a large family; the austerity of life with the bishop; and the mystery of the carnival.

IDK what worlds and experiences your housesitting will present, but it’s an intriguing idea.

I think I told you about Thinh Nguyen who spent a year CouchSurfing across America. I think each of his stays were fairly short and yours might be longer, but I do find some connection between the projects.

I’m sending you a package! 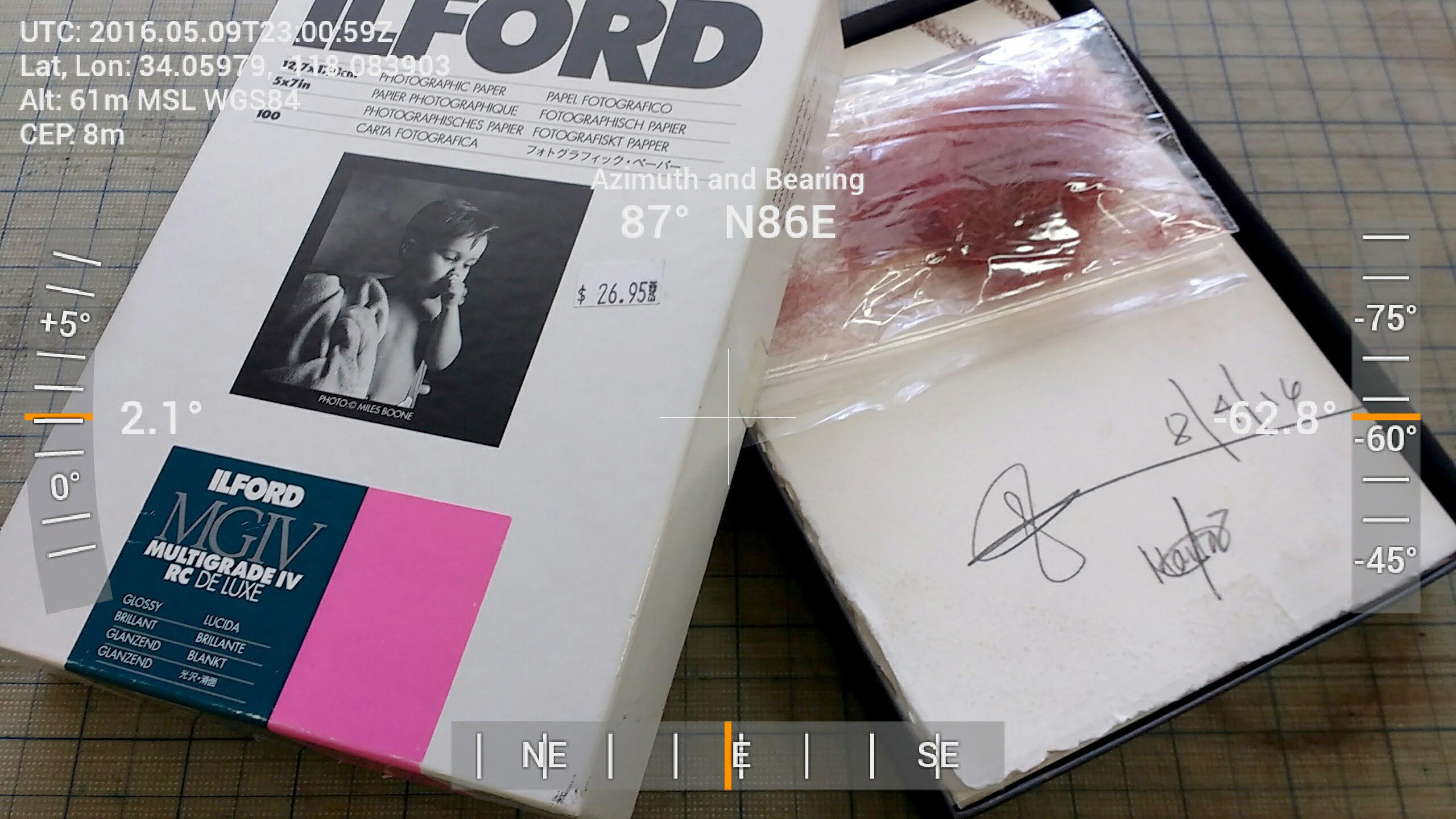 I chopped up the automatic drawing we made and fit it into a small photo paper box. 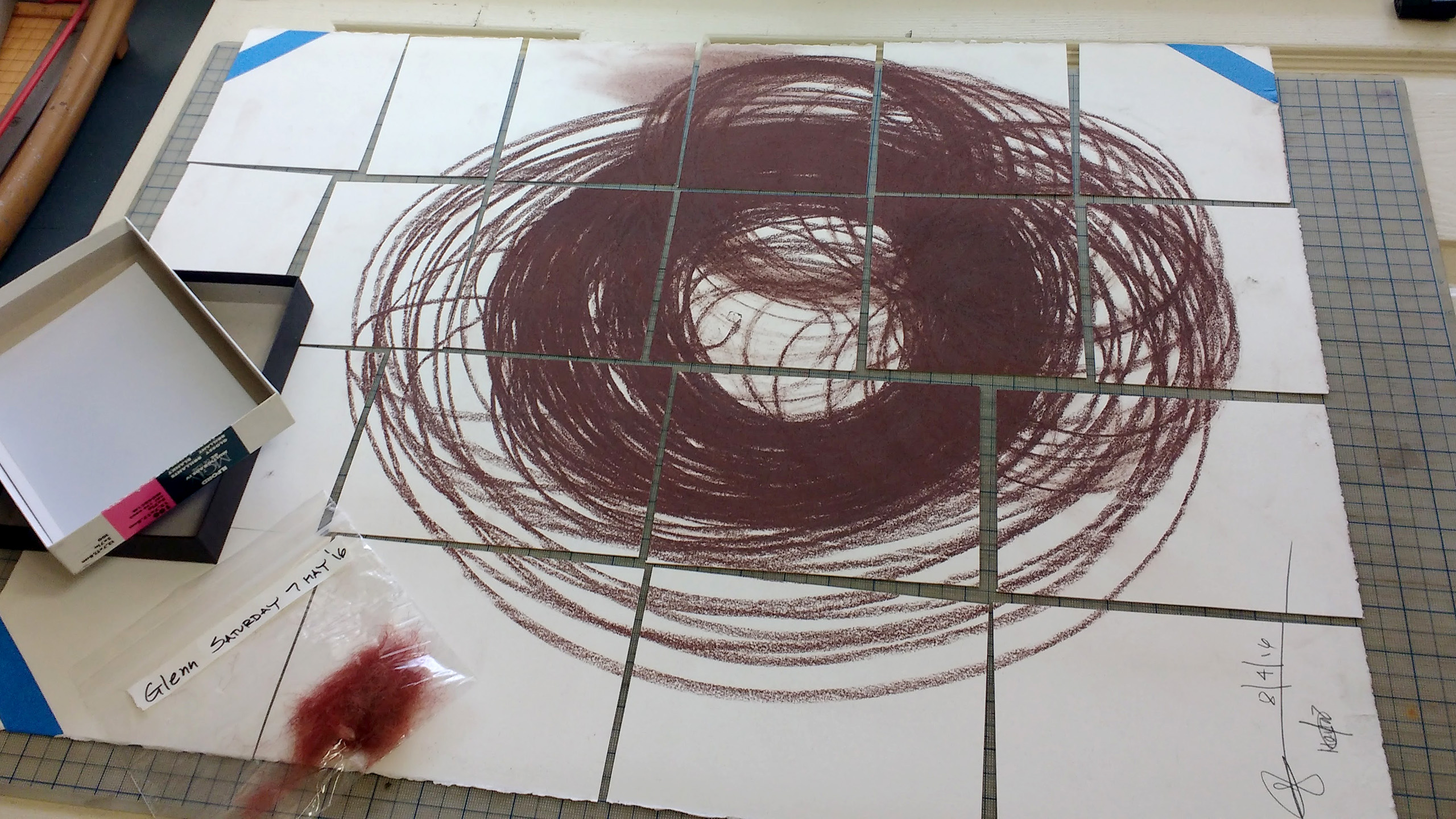 Maybe you can invent a game to play with the puzzle pieces. The other side is a screenprint self portrait. The smaller don’t-have-to-be-rolled-up pieces seemed more suitable for crossing The Atlantic Ocean. But also, smaller pieces have a preciousness or intimacy. Large things hung on walls have a tendency to be heroic. They have a tendency to be “appreciated” or even “worshiped”. We have a different kind of relationship to smaller things that you can touch and hold in your hand. 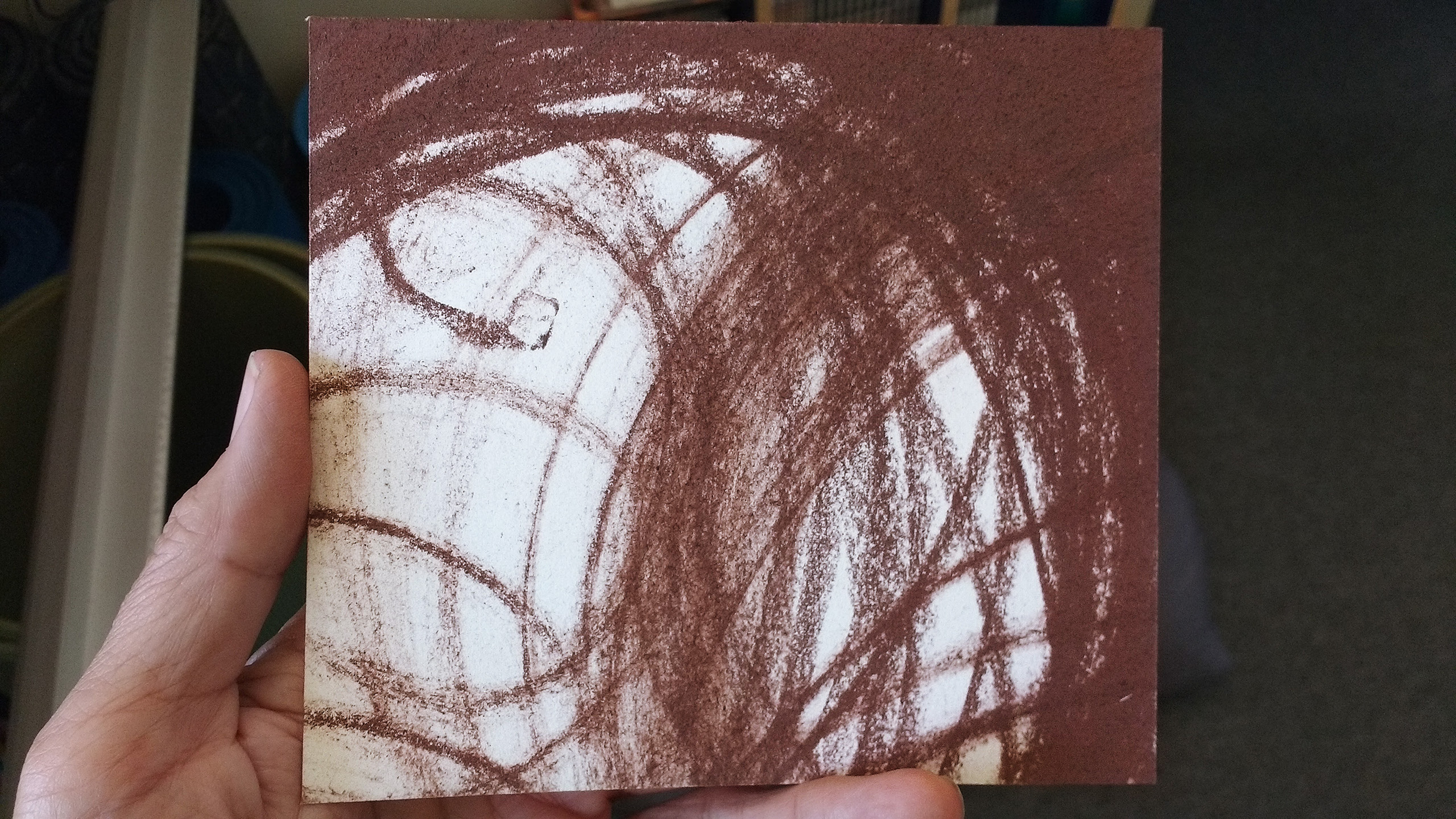 The arcs we made are simple, yet powerful. The drawing was unintentional in that it wasn’t pre-planned or designed, yet it sparkles with presence and aliveness. 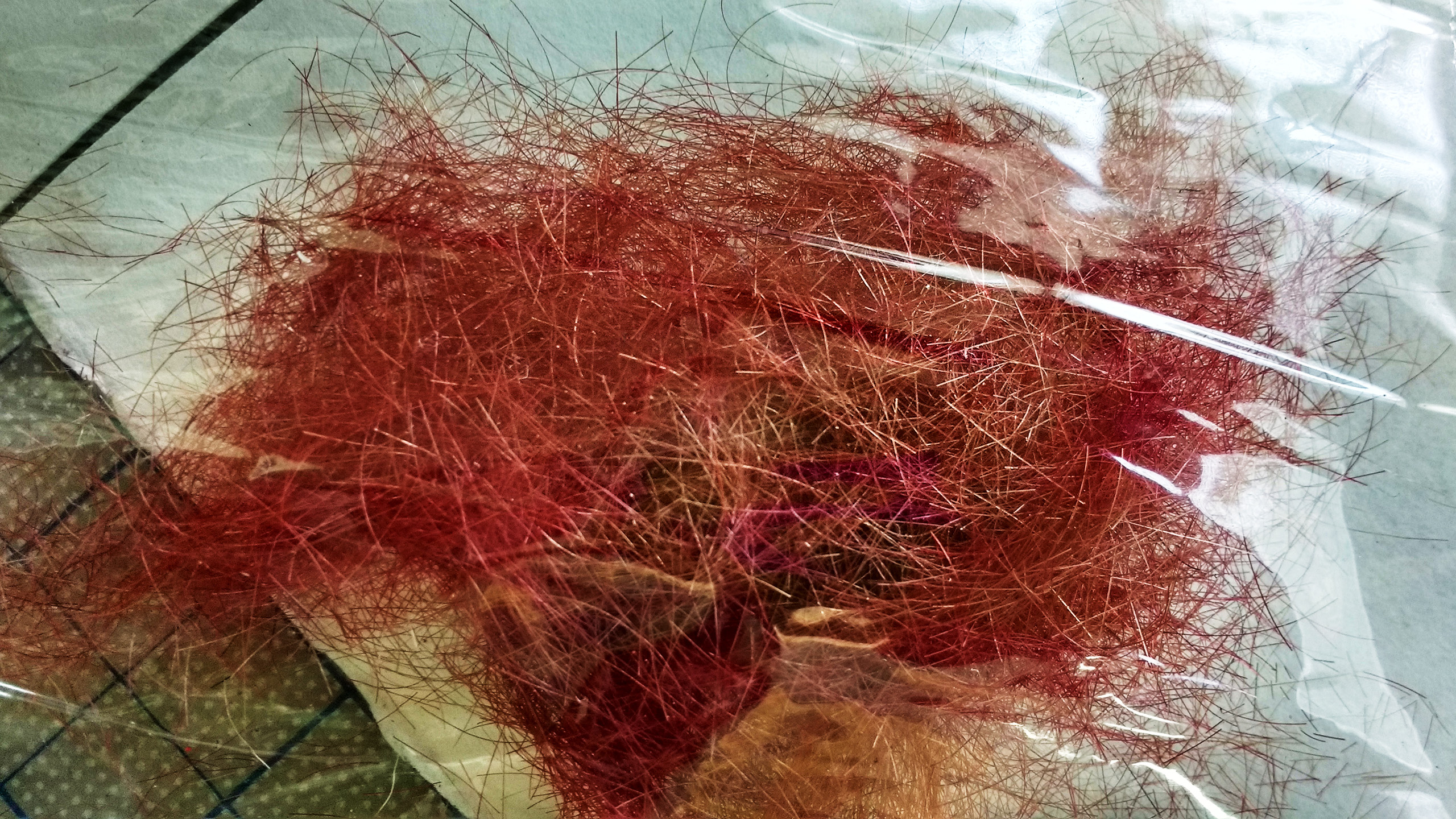 Also I dyed my hair red and blonde and had a little trim and am sending you some trimmings.

I read a couple of interesting, old Anil Dash blog posts this morning:

Are you setting up your BFA show about now? Good luck Marta! I hope it goes great! 🙂