I am writing from my flatmate’s iPad because I didn’t end up going to the library. As I’m writing on his device I realise how much I would detest having an iPad instead of a MacBook. Definitely not considering it again. 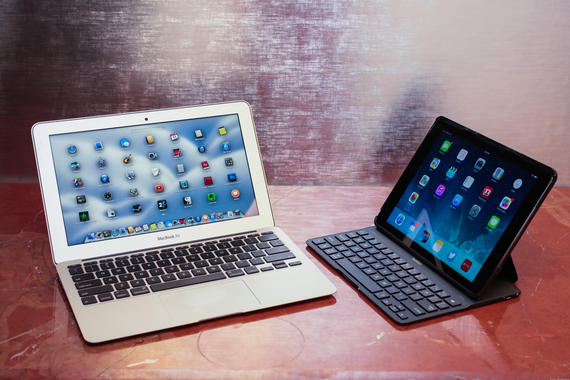 This demonstrates how important it is to try things out before deciding for them, and that’s precisely why I deeply dislike the housing renting system here. How can I decide over a neighbourhood if I haven’t lived in it yet? How can I choose to move into a house with people that I’m not sure if I will get along with? Why do we have to pay deposits and sign contracts? I wish we could be offered trials before having to decide about things!

Being house-less is not turning out to be as great at it sounds, especially while having to deal with university. Every CouchSurfing host I have tried to contact has declined my request to stay, because I’m a Londoner and not a traveler, and so they’d rather offer their place to people who actually needs it instead of me. It makes sense in a way, although I think I could be someone really interesting and fun to host despite being a “local”. This has really got me thinking in terms of what I could do next year. It seems like house sitting or living with a different Airbnb host each month could be another solution, although costly. I would also always make sure to look for alternative homes of course: cabins, houseboats, campers, huts, yurts, and all of the crazy options Airbnb offers.

The Baluchon: Tiny House project looks unreal! Sometimes I wish I hadn’t studied Fine Art and had done Product and Furniture Design instead! You can really do miracles with that knowledge… Instead fine artists tend to be pretty terrible at planning, building, or even following ideas through and step by step.

Talking about “out of the box” living solutions and building things bit by bit, I would like to show you what I am doing for my degree show:Next to the quilt piece I made at A-Z West, I will be presenting a series of backpacks that have served me as places of residence during my wanderings, and I will also be giving away most of my belongings (especially clothes), as a way to question the quote “everything we own, owns us.” Doing this will also really help my house-less lifestyle. Independent to this work, I will be carrying out a Life Practice Series in company of my classmate Nicole Harry. The Wandering Book Club will be located inside a dinghy on the riverside (Nicole also lives on a boat!), and at the same time we will be living outdoors in a converted IKEA bunk bed that can be found on the riverside exit of the university foyer. The latter idea sprung from a willingness to put forward a living solution that can be easily dismounted and reproduced by everyone in any context, and simultaneously question what it means to build one’s home from scratch by following instructions and already imposed rules. Although it’s been a struggle to get all the health and safety permissions, STUVA is up and coming now! Have a look: 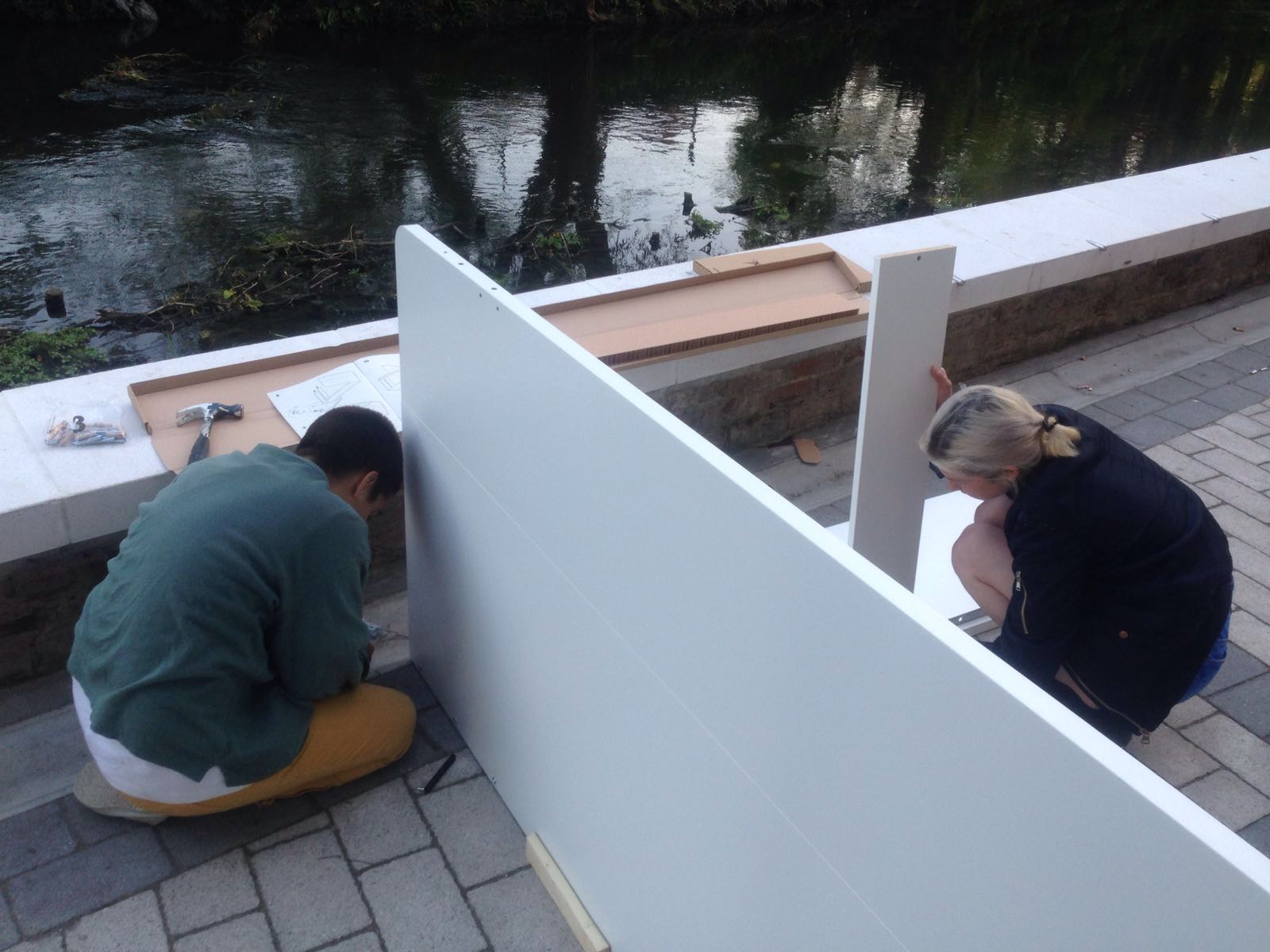 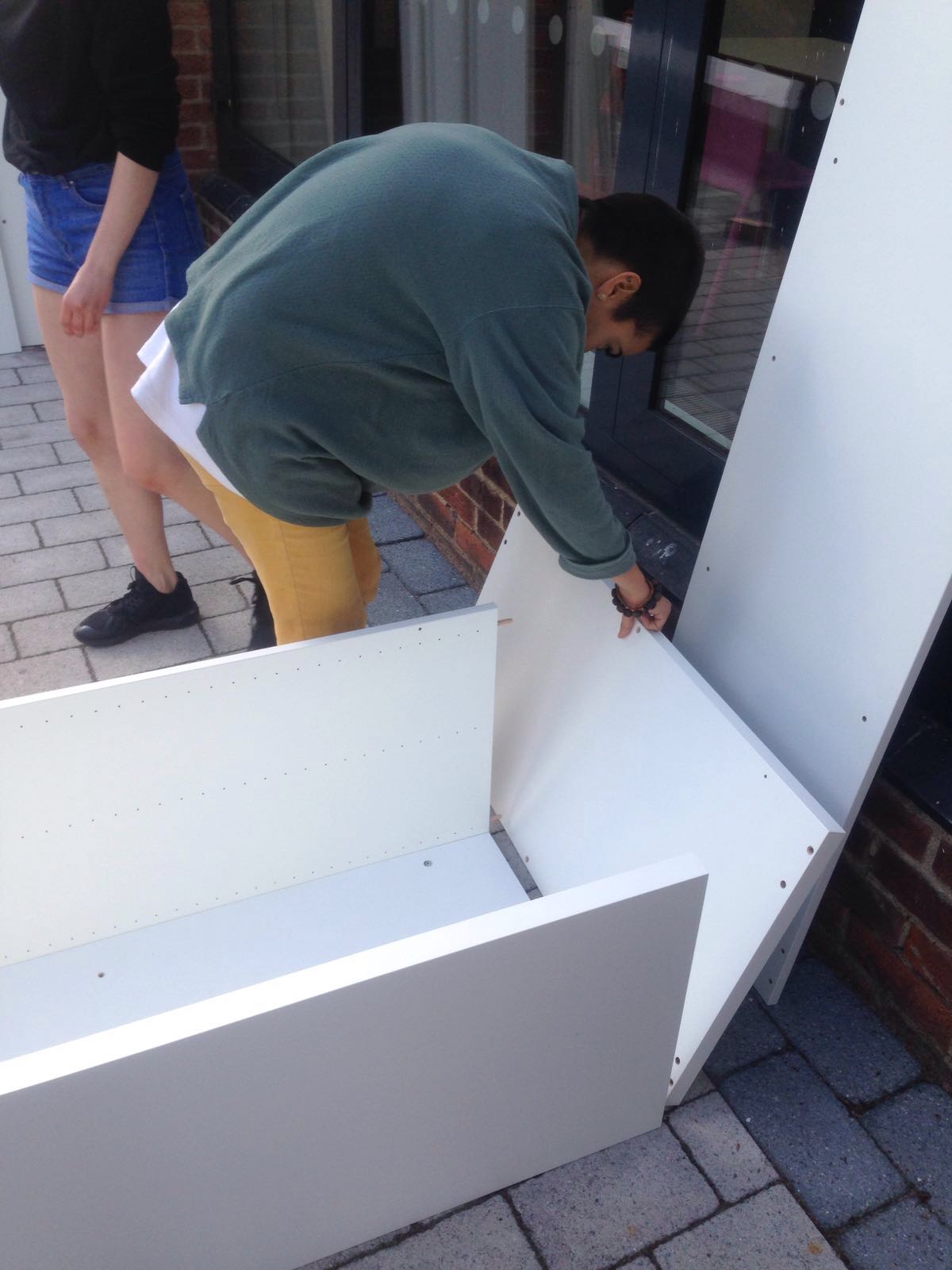 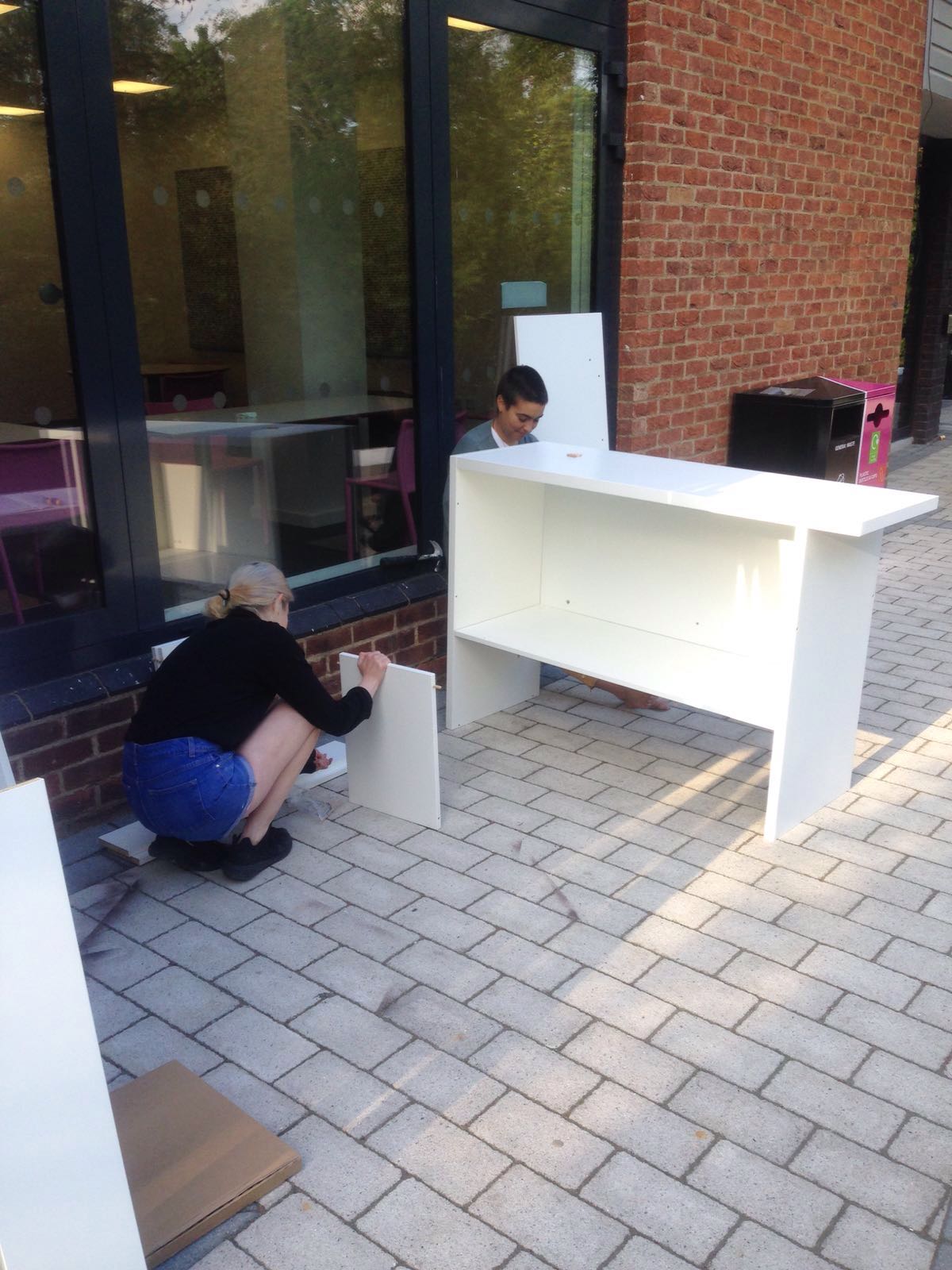 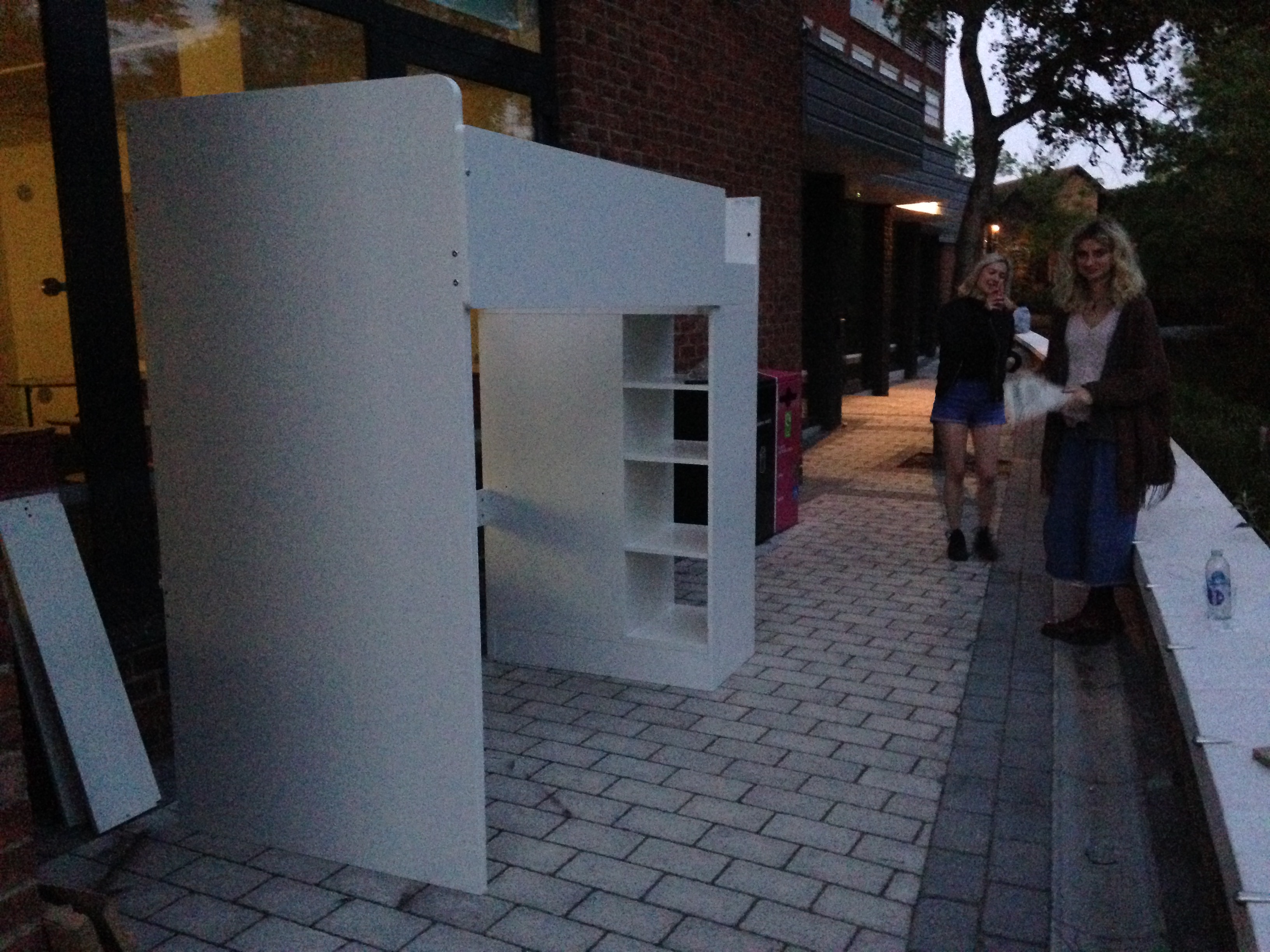 We will sleep on the top, build a kitchen where the table is supposed to go, and have the storage space on the right side. During this time we will be having showers in the local leisure centre, which is free for students, and we will be living 100% money-free. What do you think?!

Moving on, I watched all the videos on the Dutch Light website and felt massively inspired by James Turrel’s speakings on the desert’s light. I love his Observatory for the Naked Eye, in which light becomes neither image nor object, but the subject that stands between. It’s so beautiful!Light is something we always talked about while being in Joshua Tree. I think many Americans felt really identified with the desert’s light, which I hadn’t particularly noticed until they pointed out. However today I can say that I have never witnessed sunsets like the ones I saw in the desert, and for the first time I was able to relate to Cat Steven’s deep desire to write a song about the moon’s shadow. This makes me wonder whether if light is responsible for changing the landscape, or rather the landscape for changing the light… 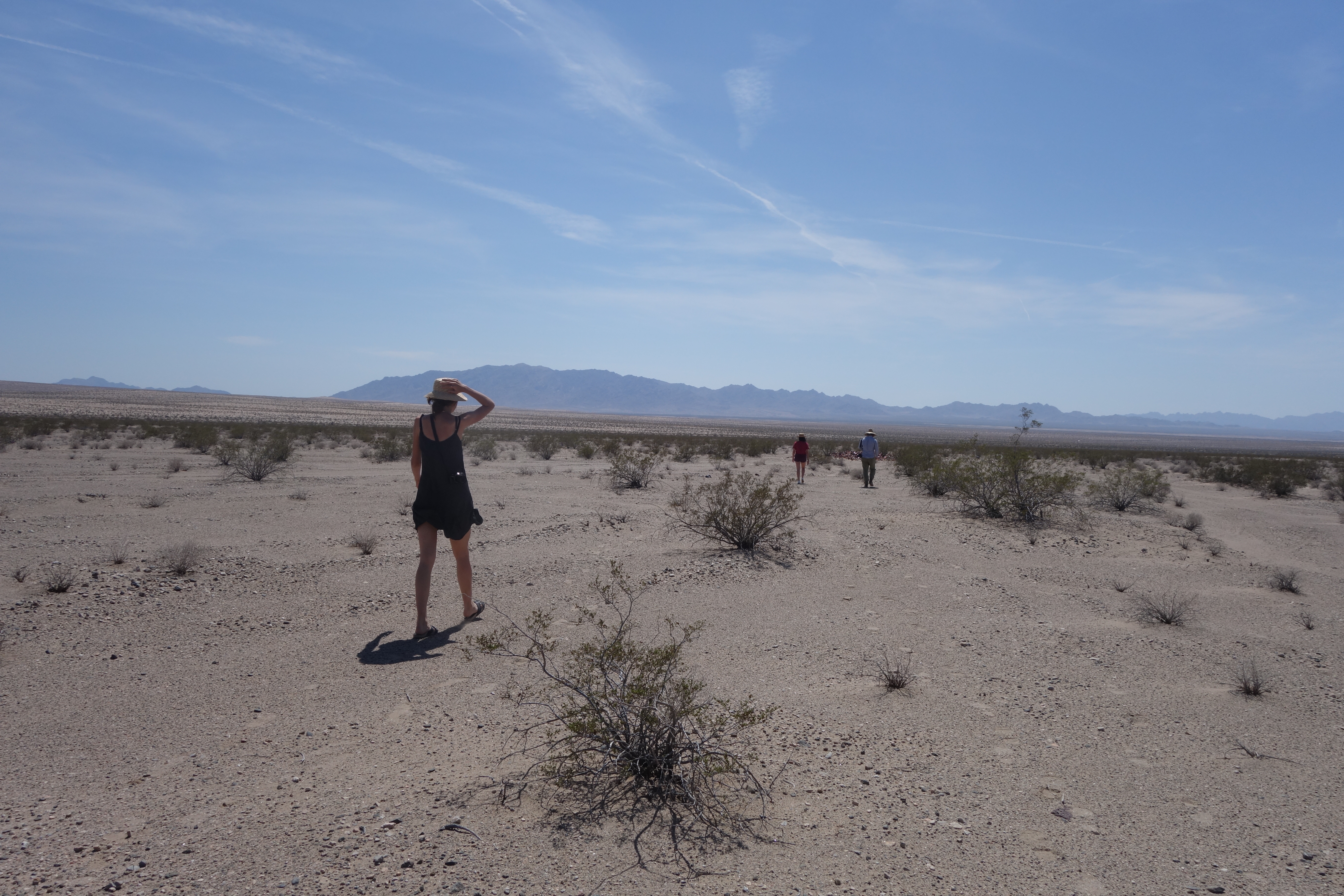 I have finished the book by Kandinsky that you recommended. I didn’t enjoy it that much if I have to be honest, I think he gets a bit lost at times. Nonetheless I got inspired by the parts in which he talks about the colours yellow, blue, white, black, and gray.I have just finished reading The Simple Life, by Rhonda Hetzel, a very brief essay that I highly recommend to you. Its price is also intersting, 0,99£, as it further demonstrates how passionate Hetzel feels about living simply and opting out of the capitalist consumerist mindset. I am now reading The Man Who Quit Money, by Mark Sundeen, which was the grand prize winner of the 2015 Green Book Festival. It’s about the story of Daniel Suelo, an American who has been living without money for 12 years. I’m loving it so far. I will read Jane Jacobs as soon as I’m done with Suelo. 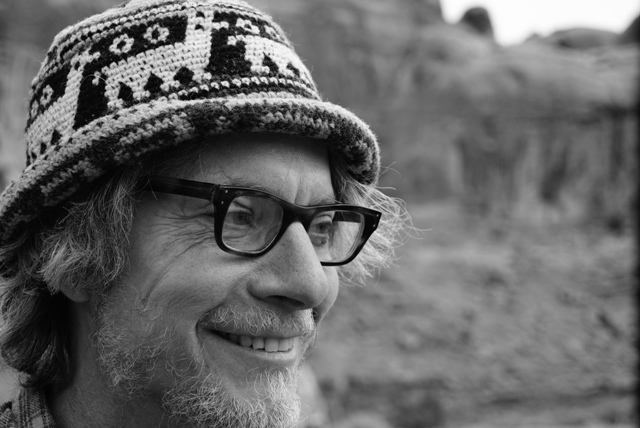 There’s also a great article about alternative education in last month’s Art Monthly issue, which I will be writing about on Hippie Picasso today. I hope you enjoy it. 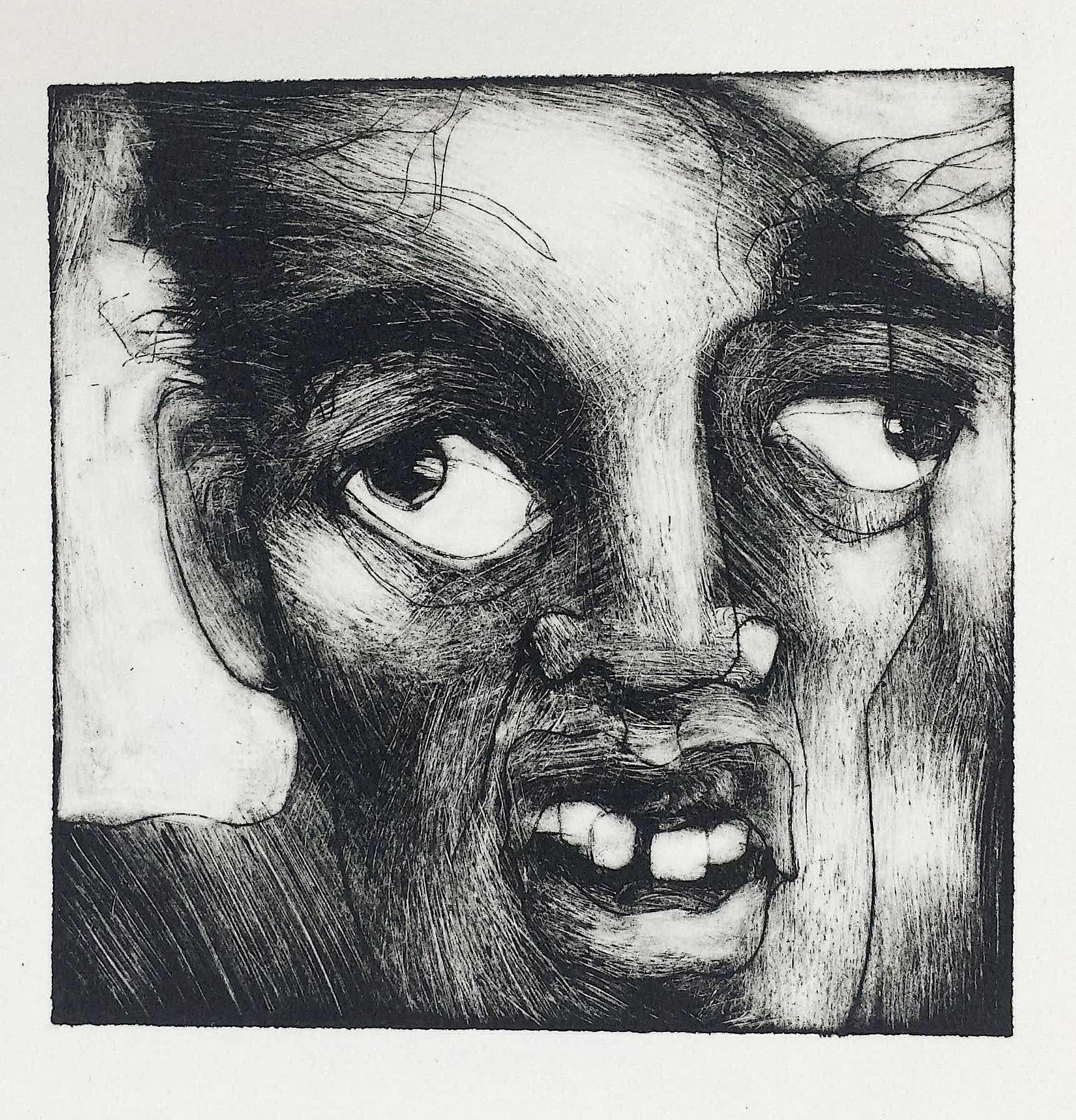 William Barnhart will be arriving at Ba-Bá on June 21st and will be staying until the end of August. He is very excited to come to Málaga, and he will be posting his experience directly from our Facebook page. I will be meeting him on Skype today!

I found your sound meter really interesting because I’ve always wondered why I’m more productive in tranquil cafes rather than at home. I have downloaded the app.

Thank you so much for the package, I haven’t received it yet but I’m very excited to open it! Your “presents” will be displayed in my degree show next to the quilt and the backpacks. You’re a very essential part of my LA puzzle…