Hello Marta,
It was great chatting with you on Wednesday.

Talking about your 2 websites made me come back and deal with this site, TurningPages.co. IDK if you recall, but I set it up using a fancy, new blogging platform called Ghost. Ghost has some cool features, but for all the years of its life, it’s only gotten harder and harder to work with. It’s ironic, in that once it’s running, it’s very easy to use, but the install and maintenance seem almost intentionally unfriendly. Anyway, for various technical reasons I won’t bore you any further with, it’s nearly impossible to run Ghost on our current web server configuration.

So, I’ve moved our content over to a regular ‘ol WordPress site, which you’re reading now. Also, if you remember, in addition to the longer letters we sometimes wrote, we had a 2nd site at turningpages.co/m where we posted a few notes. I’ve just combined both of those here in one site now.

Anyway, it works and should be trouble free now. You can write or not as circumstances suit you.

We started this conversation in April 2016 as you were heading off to Grad School, and now tomorrow is April 2018 and you’re heading into your last 3 months in grad school, your thesis exhibition in June, and various life events after that — wow Marta! — time flies! Well, IDK if it has flown for you, but for me sitting on another continent, it seems like your time in grad school has gone by quickly.

No doubt you’re buried in work and thought with your thesis exhibition coming up, so no worries if this isn’t a great time for such a project. But LMK if you’re interested, or have questions, or have thoughts, alternative suggestions, or anything else.

I know I’ve talked a bit about Jane Jacobs before. Jane’s Walk 2018 is coming up on Fri-Sat-Sun, 4-5-6 May ’18. I’ll lead a walk of New Taipei, complete with some local food options, and I’m hoping to recruit a few others to lead a walk or two also.

The Year of Learning to Walk

Speaking of Walking, last week my aunt Mary fell and fractured her hip! And last month my cousin Scarlett fell on a grad school field research hike and broke her leg and foot! A friend apparently carried her on his back for a mile to get off the trail. So now aunt Mary and cousin Scarlett are both learning to walk again. It’s strange how much we can take for granted something like walking. I really don’t think about it. Then suddenly Mary & Scarlett are both having to learn how to do it.

Also last week, one of my students told me that he’s 28 and he feels “late” because all his classmates are younger. I told him that there isn’t really a “late”, or an “early”, that you’re just here. Sometimes you’re older than your classmates. Sometimes you have to learn to walk all over again. We’re all just here. Wherever we are now.

Back in 2016 when we sent a flurry of letters back and forth, there was talk about Tiny Houses. And your BFA thesis project. I actually don’t know too much of what you’ve been doing in grad school these past 2 years. Have you continued with any of that investigation? Or pursued new ideas? 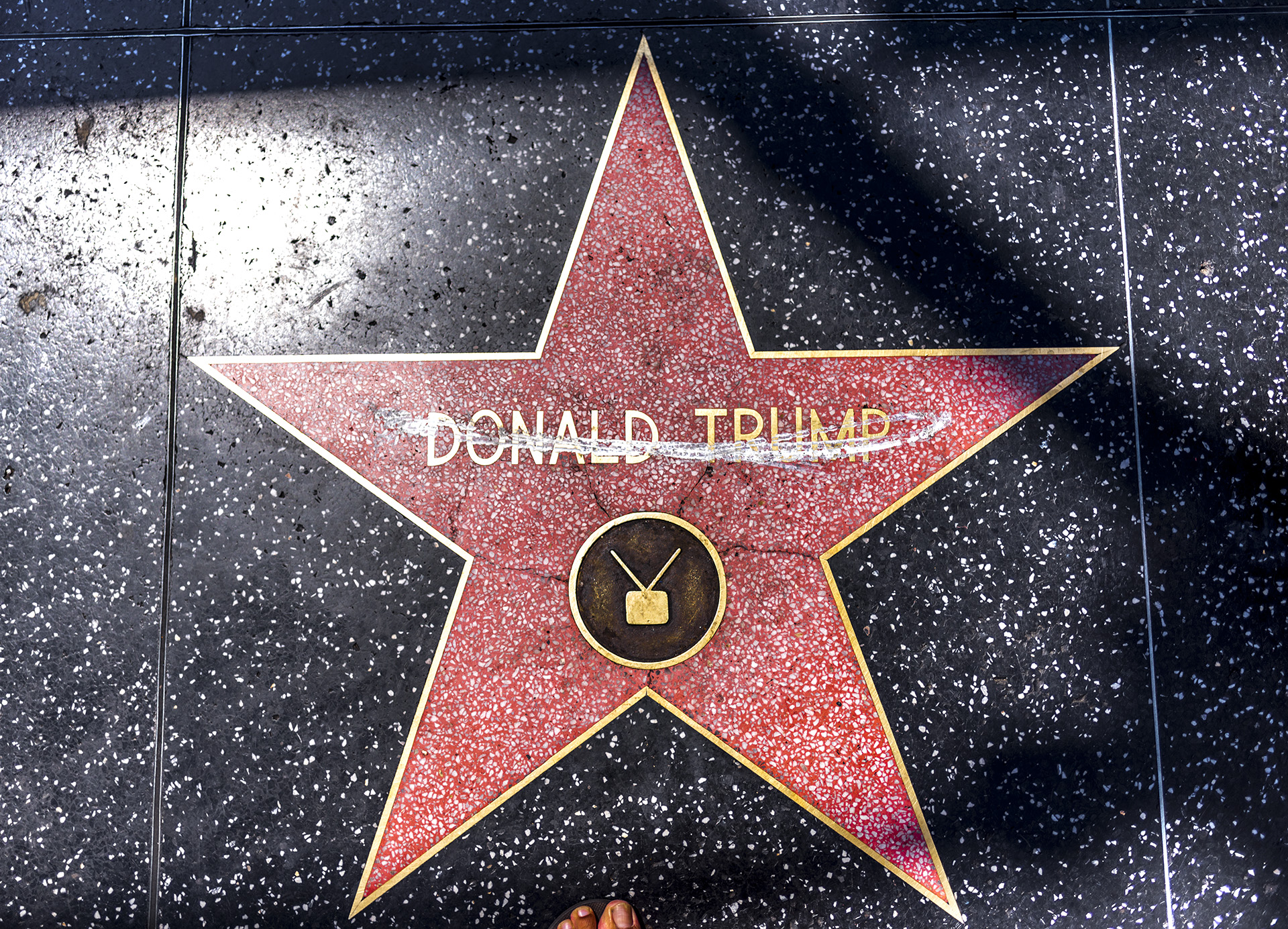 As I told you on Wednesday, I’ve started doing Street Photography. Last August, Kamal from Nepal and Arimo from Finland dragged me over to the Hollywood Walk of Fame. I think nearly 100% of visiting CouchSurfers have gone there, but I’d always avoided it as the height of banality. To my surprise, I really enjoyed it. I felt like all the tourists were

… in a good way! I mean that in the sense that they might not even know why they’re there, but that there’s some powerful, visceral, almost instinctual pull to go to this ground zero of global culture. Los Angeles and Hollywood may or may not be all that, but however thin the surface, those stars on Hollywood Blvd represent some sort of way to touch the stories, the films, music, and so on, that have meant something to people across their lives. So it’s all superficial and meaningless. And also kind of sublime and beautiful.

Then Arimo pulled up the Walk of Fame app that he’d downloaded, and used it to guide us to Donald Trump’s star. It turned out to to be right in front of the massive Hollywood & Highland center. And touching Kevin Spacey’s star. Before #metoo, I thought it was ironic that the TV President was right next to the… TV President. Now it’s less funny and more tragic that the sexual predator is right next to the sexual predator.

That first day, Donald Trump’s name was crossed out by 3 white chalk lines. I liked that it was both simple & elegant, and also bold & aggressive. So I decided to return once a week for the next 52 weeks and photograph the state of the star and whatever people were doing there. This week is Week 33. 19 weeks to go. So far I’ve photographed a lot of people taking either thumbs up selfies or middle finger selfies with the star. And the occasional spectacle like the witches from the LA Tarot Society performing a Babalon Invocation at the star.

I’ve been riding the metro out to the star, and walking around when I’m there, and that has evolved into a new street photograpy project, Metro.

I didn’t expect to be doing this much photography, but I’m enjoying it.